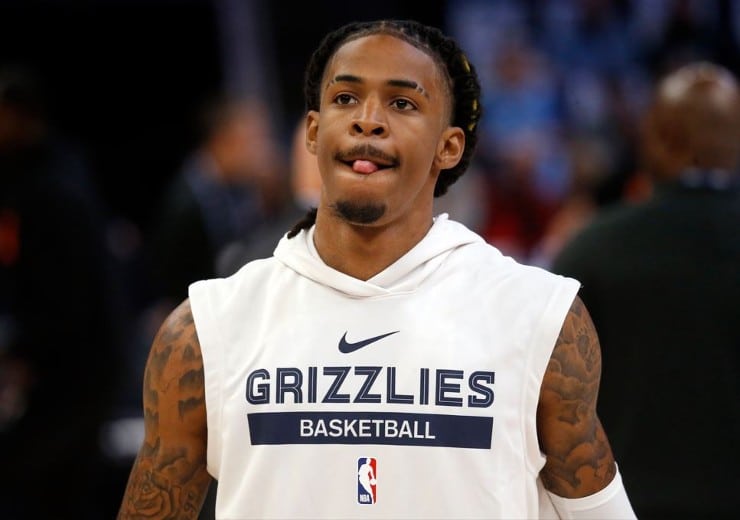 Morant has only missed three games this season. But he might not be up to playing for this matchup. Through 20 starts this season, the guard is averaging 28.5 points, 6.3 rebounds, 7.5 assists, and 1.1 steals. Plus, he’s shooting 46.4% from the floor and 37% beyond the arc.

According to some NBA betting sites, the Grizzlies have the ninth-best odds to win the championship in 2023. A few sportsbooks show better odds for the Denver Nuggets and Los Angeles Clippers in the Western Conference.

When playing his best, Morant is the most valuable player for Memphis. His player efficiency rating is 24.5 and the guard’s true shooting percentage is 56.1%. The Grizzlies are also utilizing the Murray State product in 35.8% of their plays with him on the court.

Moreover, in the Grizzlies’ 122-112 win against the Detroit Pistons on Sunday, Morant scored 21 of his 33 points during the third quarter alone. Now, they have won four of their last five games.

“He’s a special player and he has a special impact on us winning games,” Grizzlies coach Taylor Jenkins said of Morant after the win. “Obviously, he scored 33 points, but he also did a really good job of distributing the basketball. He was huge.”

Other players listed on the Grizzlies’ injury report include Danny Green (knee), Steven Adams (hip), and Jake LaRavia (foot). All three players are questionable to play on Monday night.

Per ESPN’s Basketball Power Index, the Grizzlies have a 63.5% chance of defeating the Heat. Sportsbooks show Memphis as a two-point favorite at FedExForum.