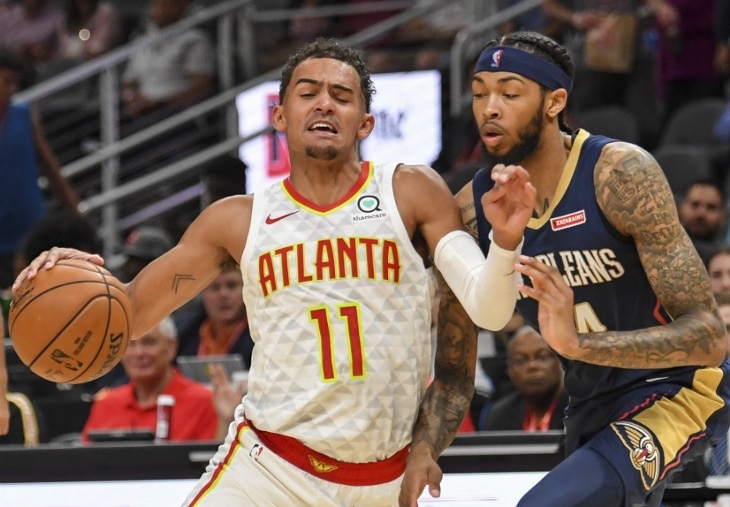 This is going to be one of the more interesting games on Wednesday. Atlanta certainly has the talent to take care of business, but there are nights where this team just comes out and doesn’t play its best basketball.

Atlanta will travel to Charlotte on Wednesday for a battle versus the Hornets. For the latest NBA betting trends and NBA free picks on Wednesday’s game, check out our Hornets vs Hawks preview below.

The Atlanta Hawks have had an interesting season, to say the least. After making an Eastern Conference Finals a season ago, this team certainly hasn’t found the same type of success that they were necessarily hoping for coming into the year. However, Atlanta has looked better as of late as they’re going to be coming into this one on a three-game winning streak.

They were able to take down the Portland Trail Blazers in their most recent game on Monday as Trae Young led the way with an impressive 46 points and 12 assists.

On the season, Atlanta has the 14th rated net rating, the second-rated offensive rating, and the 27th ranked defensive rating.

The Charlotte Hornets started off the year as one of the better teams in the Eastern Conference, but unfortunately for them, they haven’t been able to sustain that type of play. They are going to be coming into this one on a two-game winning streak as they were able to take down the Oklahoma City Thunder on Monday.

In their win against the Oklahoma City Thunder, Terry Rozier led the way with an impressive 30 points.

On the season, Charlotte has the 17th rated net rating, the seventh-ranked offensive rating, and the 23rd ranked defensive rating.

For this one, I like the Hornets to win outright. I think that this team is starting to get a little bit of their swagger back as they look like they’re finally having fun out there playing again.

Atlanta has been a good team for the past few games, but they are 12-21 on the road. I think that is going to play a huge factor in this one and Charlotte’s going to be able to sneak out a win.

Get free NBA bets for the Hornets vs Hawks game at BetOnline below.