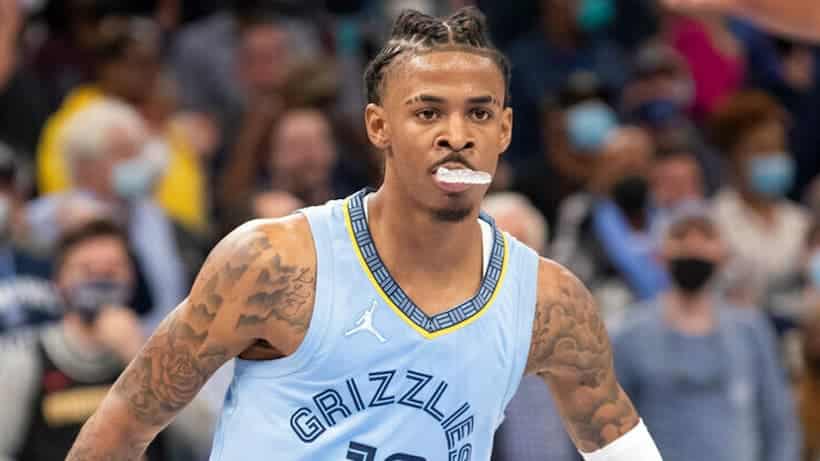 After a 105-91 loss last night on the road vs the Nuggets, the Grizzlies are now 19-11 and are tied with Denver for first place in the Western Conference. They are 7-3 in their last ten games, but are on a two-game losing streak. Ja Morant and the Grizzlies have a young squad who are still trying to prove they are one of the best in the West. In a recent interview, Morant wasn’t shy to say that he isn’t afraid of any other team in the West stopping the Grizzlies come playoffs.

Morant and the Grizzlies have been building on each of his seasons in the NBA. He helped lead Memphis to the playoffs in his first season and last year he and the Grizzlies took Golden State to a six-game series in the Western Conference semi’s. In a recent interview with ESPN, Morant said that the only team the Grizzlies need to worry about are the Celtics.

NBA betting sites have the Grizzlies at (+1200) to win the Finals this season.

When asked about the Grizzlies top competition in the NBA, Ja Morant doesn’t see any in the western conference 😳

Ja Morant thinks Grizzlies are fine in the West

In a recent interview with ESPN’s Malika Andrews, Morant was asked which teams he thinks the Grizzlies will have to run through to be top of the West. His answer was not what you think it would be.

“Who do you look at around the league as you’re studying and say, ‘We’re gonna have to run through them?” – Malika Andrews

It’s good for Morant to have this kind of confidence in the team and himself, but he just gave the rest of the Western Conference a reason to want to beat them. Easy bulletin-board material. This ultimately could have been a shot at the Golden State Warriors who knocked Morant and the Memphis out of the playoffs last season. On top of that in 2021, the Warriors beat the Grizzlies in the play-in game, which knocked them out early again. The 82-game season is a real grind, but Morant seems to have the bigger picture in mind.