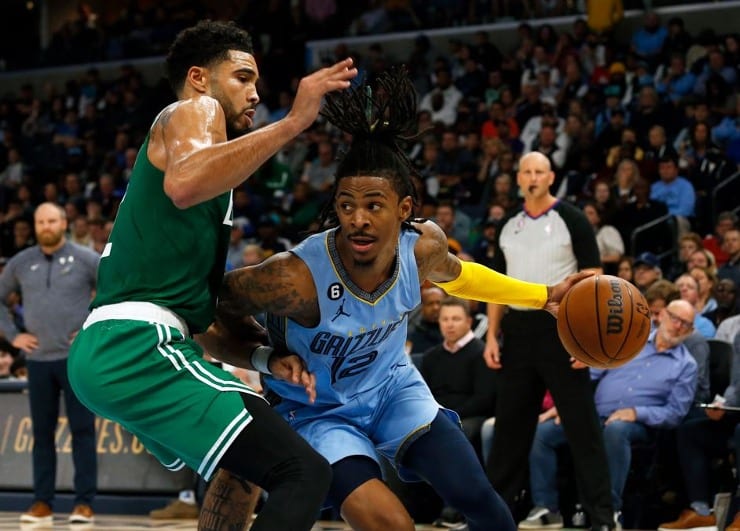 Ja Morant was issued a technical foul for asking a referee if he had placed a bet with FanDuel during the first quarter of the Memphis Grizzlies’ 109-106 loss to the Boston Celtics.

Now that several states have legalized sports betting, it’s probably not the best idea to ask an official that question before, during, or even after a game. Boston was a 3.5-point favorite over Memphis.

Considering Morant’s sense of humor, he did it for a laugh.

According to some NBA betting sites, the Grizzlies have the ninth-best odds to win the championship in 2023. Check out which sportsbooks are anticipating another playoff appearance.

Someone sitting courtside just told me he got hit with the technical foul after asking the referee if he was playing FanDuel. 😂😂 https://t.co/sXgGoGJ0yf

Of course, Ja Morant was not the only player to receive a technical in the opening quarter on Monday night. Celtics forward Jayson Tatum was issued one for bickering a foul call with one of the refs as well.

In the second quarter, the Celtics went on an 18-0 run to finish the first half with a 65-54 lead. Nineteen of Tatum’s 25 first-half points were scored before halftime.

Following the first half, Memphis came alive offensively. The Grizzlies outscored the Celtics 31-19 in the third quarter. Tatum also finished his performance with 39 points in 40 minutes played.

During the third quarter, Celtics center Al Horford sank a pair of 3-pointers. Ja Morant finished 5-of-6 shooting overall to start the second half. However, the final minutes were different.

The Grizzlies surrendered 25 fourth-quarter points. While the Celtics committed 15 turnovers, they also shot 75% at the foul line. Boston took full advantage of the Grizzlies’ foul calls.

“We weren’t in our defensive presence,” Ja Morant said after the loss. “We weren’t moving or playing Grizzlies basketball. Felt like it was that simple.

You see how quickly the switch flipped when we actually did what we were supposed to do on the defensive end.”

Ja Morant ended his outing with five 3-pointers, surpassing Vince Carter for 12th on the franchise’s all-time list (242). The 23-year-old needs to make 25 more shots from downtown to pass De’Anthony Melton for the 11th spot.