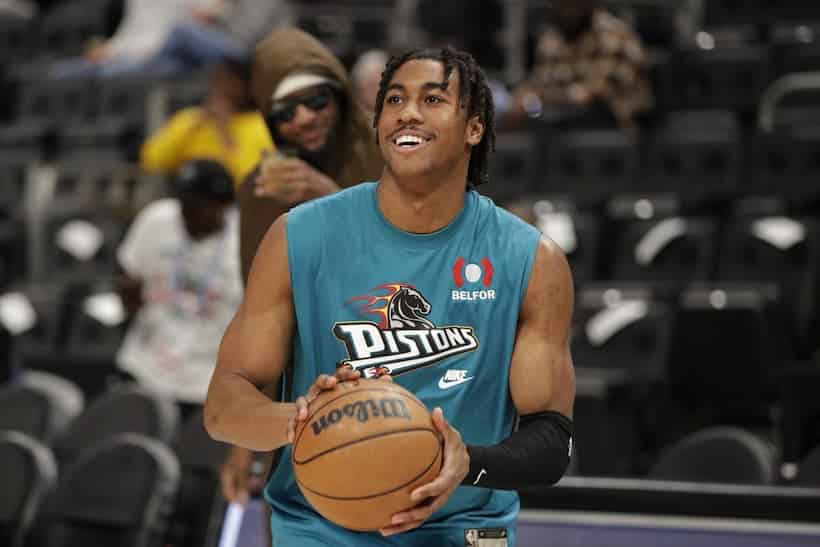 It’s been another rough start to an NBA season for the Detroit Pistons. After 33 games the team has an 8-25 record which is the worst in the league. Additionally, Detroit lost second-year pro Cade Cunningham to season ending shin surgery and the wins have been hard to come by. The Pistons are 3-7 in their last ten games and are on a three-game losing streak. Last night, this Pistons player was the first rookie to have 30 points or more in a game since the legendary Grant Hill.

In their 126-111 loss to the Utah Jazz last night, Detroit’s rookie PG Jaden Ivey scored 30 points in the game. He was the first Pistons rookie since Grant Hill to accomplish that feat. Ivey was the fifth overall pick in the draft this season and the team will be asking a lot from him since Cunningham is out for the season. That makes him just the fourth Pistons rookie to have 30 or more points in a game.

NBA betting sites have the Pistons at (+100000) to win the Finals this season.

In their loss to the Jazz last night, Ivey had 30 points, 4 rebounds, 5 assists, and 1 steal in the game. He went 10-14 from the field and 8-11 from the free-throw line. The rookie had this to say about his performance last night.

““I’m just trying to, every game, improve whether it is defensively or offensively,”… ” Ivey said after the game. “Just playing with my energy, speed and just try to do what I can do to help this team. I feel like, as a team, we just have to collectively stay focused together.” – Jaden Ivey

Ivey will have a real chance to prove why he was taken fifth overall this season. He still is adjusting to the play style and pace of the NBA, but he has a chance to be a cornerstone of the franchise going forward if he can continue to put together performances like last night.