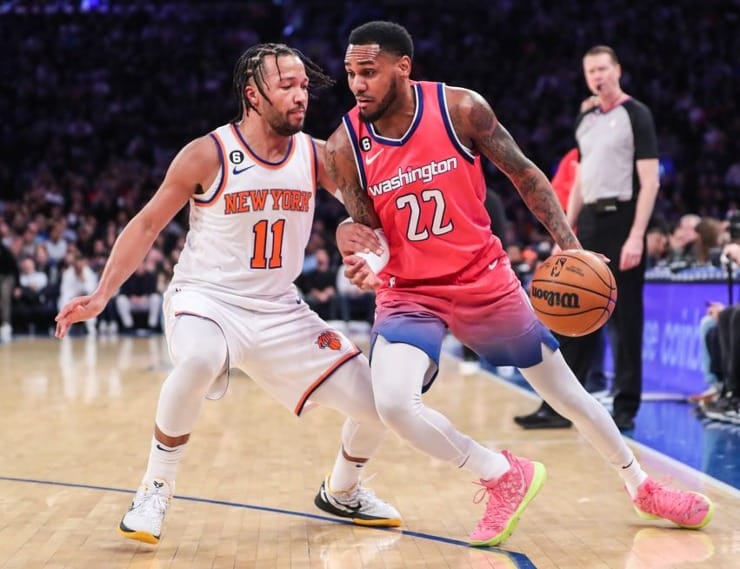 Jalen Brunson has scored 25-plus points in eight straight games, the longest streak by a New York Knicks guard since Dick Barnett in 1965. At the age of 29, Barnett logged 25 or more points in 12 consecutive contests.

Brunson’s streak began on Jan. 4, when New York won 117-114 over the San Antonio Spurs. The guard ended his performance with 38 points, seven rebounds, and six assists. Plus, he shot 17-of-27 (63%) from the field and knocked down three 3-pointers.

According to a couple of NBA betting sites, Jalen Brunson and the Knicks have 20th-ranked odds to win the championship. Check out which sportsbooks are showing better playoff odds for Atlanta Hawks and Toronto Raptors.

Jalen Brunson has scored 25+ points in 8 straight games, the longest streak by a Knicks guard since Dick Barnett in 1965. pic.twitter.com/TZUWpmq5io

“I think we, myself included, eased into this game a little bit,” Jalen Brunson said. “On the forefront of our minds, when we play a team that we just beat at their place, we got to know they’re going to come out with a different type of intensity, especially when you play them less than a week ago. They came out ready to play.”

New York has suffered back-to-back losses. However, the Knicks are 7-3 in their last 10 games. Including this loss, the team is now 25-21 and ranks seventh in the Eastern Conference standings.

Jalen Brunson has scored 25 or more points in eight straight games, the longest streak by a Knicks guard since Dick Barnett in 1965

Jalen Brunson was named Eastern Conference Player of the Week this past Monday for last week. During a four-game stretch, the Knicks have gone 3-1 when the fifth-year guard scores at least 25 points. The former Maverick averaged 34.8 points, 5.8 boards, and 5.0 assists per game in those contests.