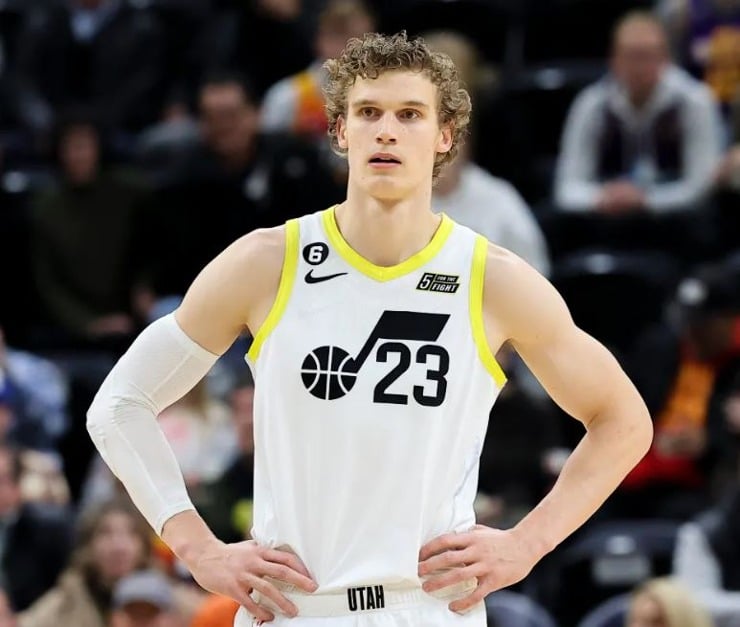 Utah Jazz forward Lauri Markkanen is having the best season of his career. The 25-year-old’s performances right now cannot help but make fans wonder whether playing in the Eastern Conference held him back all these years. Perhaps Utah just has a superior system.

“I know I’ve gotten better as a player, gotten more mature as a person, so I think it just takes time to evolve,” Markkanen said. “Just sometimes I feel like I’m in the right place at the right time clicking with the coaching staff, system and the guys I’m surrounded with. It’s a different path for everybody.”

Per multiple NBA betting sites, the Jazz possess the eighth-lowest odds to win the championship. Check out which sportsbooks are giving the Minnesota Timberwolves and Sacramento Kings greater odds to make the playoffs.

Through 40 starts this season, the Jazz wing is averaging career highs of 24.5 points, 8.3 boards, and 1.9 assists per contest. In addition to logging 14 double-doubles with Utah, he’s shooting career bests of 52.9% from the field and 41.5% from 3-point range.

Donovan Mitchell is posting career-best numbers with Cleveland. However, maybe the Jazz-Cavaliers trade was a bigger blockbuster deal than fans first thought. Utah benefitted more by receiving five future first-round draft picks. But Jazz executives were not expecting Markkanen to have a breakout season as well.

Mitchell is averaging 28.8 points, 3.9 rebounds, 4.8 assists, and 1.4 steals through 36 starts with the Cavs. Aside from steals, Markkanen’s numbers are identical. There is not a large gap in talent and production.

Moreover, the sixth-year guard is not as accurate this season compared to the future Jazz All-Star. Mitchell is shooting 48.8% from the field and 40.5% behind the arc.