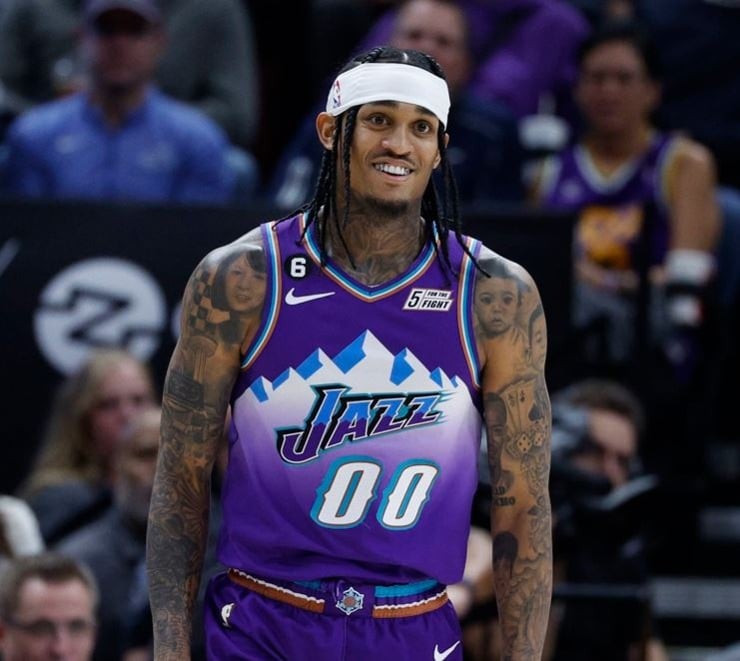 On Tuesday, Utah Jazz guard Jordan Clarkson became the first NBA player since Kobe Bryant to score nine or more consecutive points in the final two minutes of a game to turn a deficit into a lead.

More importantly, both Clarkson and Kobe are the only players this century to record at least nine points in the final minutes of a game while the rest of their teammates are held scoreless.

Per a few NBA betting sites, Jordan Clarkson and the Jazz have the ninth-lowest odds to win the championship. Check out which sportsbooks are giving the Minnesota Timberwolves and Sacramento Kings better odds to qualify for the playoffs.

Jordan Clarkson of the @utahjazz is the first NBA player to score 9+ consecutive points in the last 2 minutes to turn a deficit into a lead (with nobody else on either team scoring in between) since Kobe Bryant did it in his 60-point game to cap off his career on April 13, 2016.

Despite Donovan Mitchell’s 46 points, the Cavaliers fell short against Utah. The Jazz trailed 107-102 with 1:23 remaining in the fourth quarter of Tuesday’s game. Jordan Clarkson then made a 26-foot step back jump shot, cutting their deficit to two points.

Of course, the guard then knocked down a flagrant-foul free throw and three straight regular free throws. Clarkson ended his run by knocking down a mid-range floater at the 40.2-second mark, which gave Utah a 111-107 lead.

“I thought our guys just really dug in, stayed the course, and stayed focused on the little things,” Jazz coach Will Hardy said after the win. Lauri Markkanen recorded 25 points and 16 rebounds against his former team.

Furthermore, Jordan Clarkson ended his performance with 32 points, six rebounds, and four assists in 35 minutes of action. Fifteen of his 32 points were earned in the fourth quarter. The nine-year veteran finished 11-of-19 (57.9%) shooting from the floor and 5-of-11 (45.5%) outside the arc.

Jordan Clarkson drops 15 of his 32 PTS in the 4Q, including 9 unanswered late to lift the @utahjazz past Cleveland! pic.twitter.com/1sTjkcuMBS

Kobe Bryant scored nine-plus consecutive points while his teammates were held scoreless in the final game of his NBA career. On April 13, 2016, in the Lakers’ 101-96 win against the Jazz, Bryant logged 60 points, four rebounds, four assists, one steal, and one block in 43 minutes.

Through 43 starts this season, Jordan Clarkson is averaging career highs of 20.7 points and 4.5 assists per game. Not to mention, he’s also logging 3.9 boards per contest while shooting 45.1% from the field and 35.9% from 3-point range.