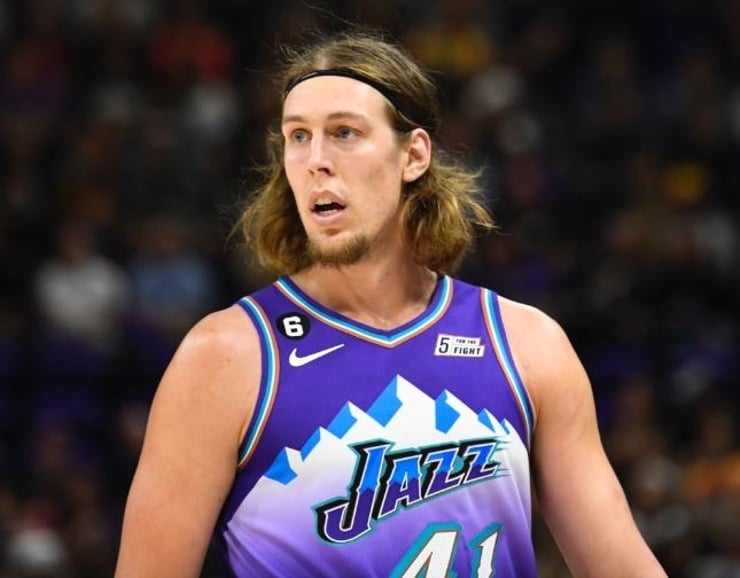 Utah Jazz forward Kelly Olynyk (ankle) and guard Collin Sexton (hamstring) remain out for Tuesday night’s road game against the Detroit Pistons. Both players were listed as questionable a day ago.

Sexton has not played since Dec. 7, when Utah won 124-123 over the Golden State Warriors. The fifth-year player ended his performance with 17 points and three assists in 27 minutes played. Now, he has missed the last six games.

A number of NBA betting sites are giving the Jazz the eighth-lowest odds to win the championship in 2023. Check out which sportsbooks show better odds for the Portland Trail Blazers and Minnesota Timberwolves.

Both Kelly Olynyk and Collin Sexton remain OUT for the Jazz’s game tonight in Detroit.

Meanwhile, the only game Kelly Olynyk has missed this season was Monday’s 122-99 blowout loss against the Cleveland Cavaliers. Over the last three years, the wing has played less than 45 games each season.

Furthermore, Sexton has regressed this season. Through 27 appearances with the Jazz, the 23-year-old is averaging a career-low 14.3 points. Also, he’s logging 2.4 rebounds, and 3.0 assists per game. However, he’s shooting 36.2% from 3-point range and a career-best 49.3% from the field.

As for the Pistons’ injury report, Isaiah Livers (shoulder) remains out indefinitely. And Cade Cunningham is out for the season after undergoing surgery on his left tibia.

Utah is 5-5 in its last 10 games played. On the other side, the Pistons are 3-7 in their past 10 contests. Both teams are aiming to bounce back from back-to-back losses.

According to ESPN’s Basketball Power Index, the Jazz have a 60.9% chance of defeating Detroit at Little Caesars Arena. Sportsbooks show Utah as a 2.5-point road favorite.