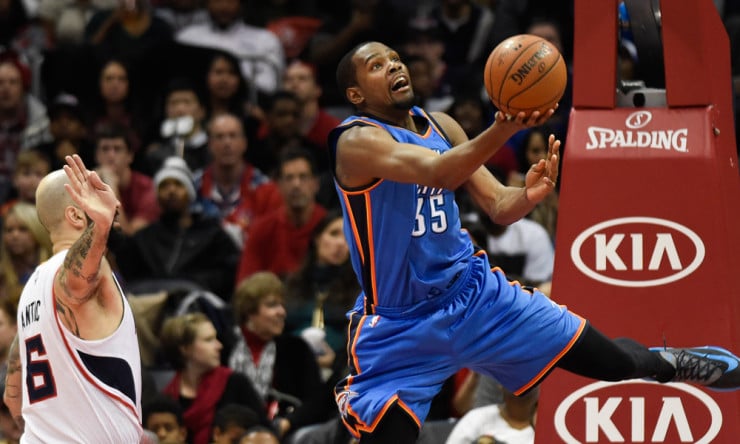 Kevin Durant and Serge Ibaka didn’t play in the Thunder’s loss to Detroit on Tuesday, so the two weren’t available to speak to the media following the game.

On Thursday, Durant had his chance to speak about sitting out the game and (Reggie) Jackson’s celebration.

“It was bush league, in my opinion,” Durant said. “Jumping up and down, running around … I understand you helped them win the game, but our whole team didn’t play. We’d have beat the hell out of them if we did, you know? I know I don’t talk like that but it p***** me off. What can I do about it? Some guys are who they are. They won the game. Congrats.”