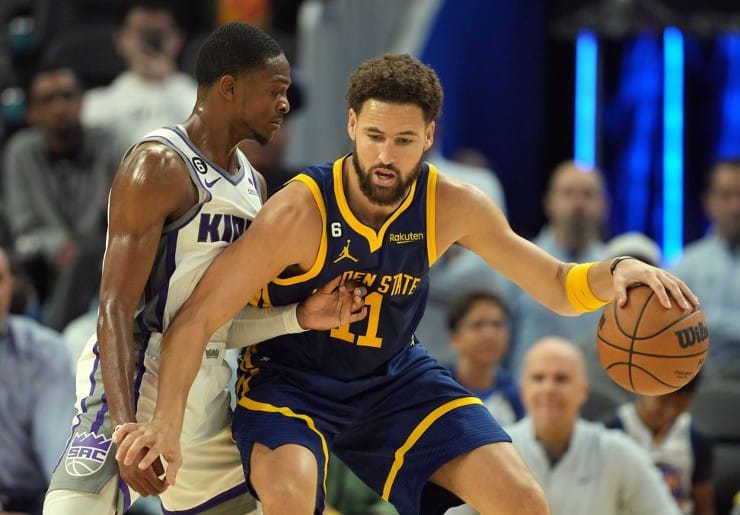 According to multiple NBA betting sites, the Warriors are favored to repeat in 2023. Though, a few sportsbooks are giving the Boston Celtics and Los Angeles Clippers higher odds to win the title this season.

However, the five-time All-Star knows he can play better. “I’m such a perfectionist, I want to be great right now,” Klay Thompson told ESPN’s Kendra Andrews after a Tuesday shootaround at Arizona State University.

“But I got to realize, man, it’s a long season. I’d rather peak come playoff time rather than early November or into January. When you feel like you’re the reason your team goes through a slump, it’s nice to get that out the way early.”

On Sunday, in the Warriors’ 130-125 win over the Sacramento Kings, the four-time NBA champ ended his performance with 8 points, 4 rebounds, and 3 assists in 27 minutes of action. Thompson shot 3-of-10 from the floor and 2-of-7 from downtown.

Fortunately, Klay Thompson plays for one of the most stacked teams. Since Stephen Curry is averaging 33.3 points and 44.4% from outside the arc, the Warriors can afford a few lackluster performances every here and there.

Following an injury, playing at a high level again is all mental. LeBron James, Damian Lillard, Curry, and Thompson know this better than other players across the NBA.

“Don’t get discouraged with missed shots or missed rotations on defense,” continued Klay Thompson. “Sometimes when you come back from injury, you get in your own way.”

“‘Ahh, I might not be the same player. I might not do this or do that.’ But you just got to be grateful to be out there competing. When I play with that mindset, everything else flows so easily.”

“I’m a very prideful person. I forget that what I’ve been through, it’s real. Although I want to have the big shooting nights, I know that comes with hard work and patience. That stuff is organic.”