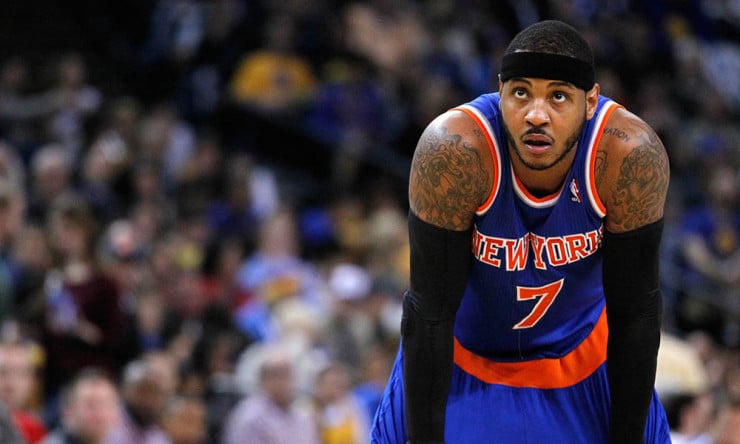 Knicks forward Carmelo Anthony did not play in his team’s 88-80 loss to the Sacramento Kings on Sunday because of lingering effects from migraine headaches that first surfaced Saturday night, the team said.

Anthony began feeling a headache in the first quarter of Saturday’s loss to the Washington Wizards. Knicks interim coach Kurt Rambis said Anthony attempted to warm up Sunday but had “more issues dealing with the light.” He added that the team’s medical staff put Anthony in a dark room prior to the game in an attempt to ease the pain. “He just wasn’t getting any better,” said Rambis, who started Arron Afflalo in place of Anthony.