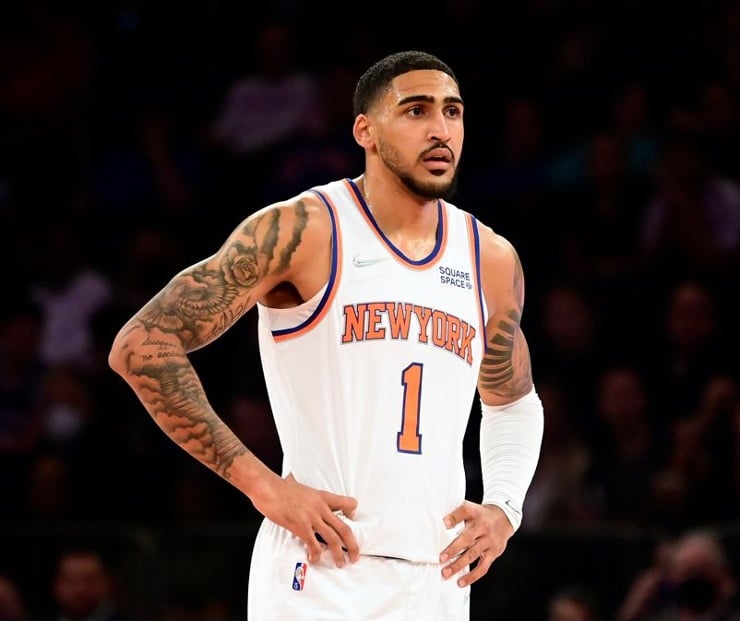 New York Knicks forward Obi Toppin will miss 2-3 weeks due to a right leg injury, the team announced. An MRI on Thursday revealed a non-displaced fracture to his right tibia head.

According to ESPN’s Adrian Wojnarowski, the third-year player will be re-evaluated after the 3-week period. Toppin injured his tibia head in New York’s 113-89 win over the Atlanta Hawks on Wednesday night.

A few NBA betting sites are giving the Knicks the ninth-lowest odds to win the championship in 2023. Some sportsbooks are showing better odds for the Chicago Bulls and Miami Heat.

It looks like Obi Toppin was injured on this play. He played another four minutes before getting subbed out. He was ruled out of the second half with a sore knee and is undergoing an MRI, according to ESPN pic.twitter.com/RHpeKqzeyC

He left the game early after experiencing knee soreness. In less than eight minutes played, the forward ended his performance with three points and one rebound.

Knicks forward Obi Toppin to miss 2-3 weeks due to a leg injury, out indefinitely on injury report

Furthermore, in New York’s win against the Hawks on Wednesday, Julius Randle finished with 34 points and 17 rebounds. He made six 3-pointers and contributed five assists as well.

Much is unknown about whether or not the Knicks can return to the playoffs this season. Cam Reddish and Derrick Rose missed their second straight game. Not to mention, both players are out of the rotation.

On Friday, Knicks coach Tom Thibodeau said that RJ Barrett could take over a couple of minutes at power forward during Toppin’s absence. Staying above .500 is the goal.

RJ Barrett on the Obi Toppin injury: "Missing Obi is a big thing. He’s such a ball of energy, man, going out there. When he’s out there we just play faster. We play so much better." #knicks

Right now, the Knicks are 12-13 and rank ninth in the Eastern Conference standings. They play the Charlotte Hornets on Friday night at Spectrum Center.

Moreover, Obi Toppin is listed out indefinitely on the injury report. Because of an ankle injury, Ryan Arcidiacono was downgraded to out against Charlotte.

New York is entering this matchup as a 3.5-point underdog on the road. Per ESPN’s Basketball Power Index, the Knicks have a 56.3% chance of defeating the Hornets.