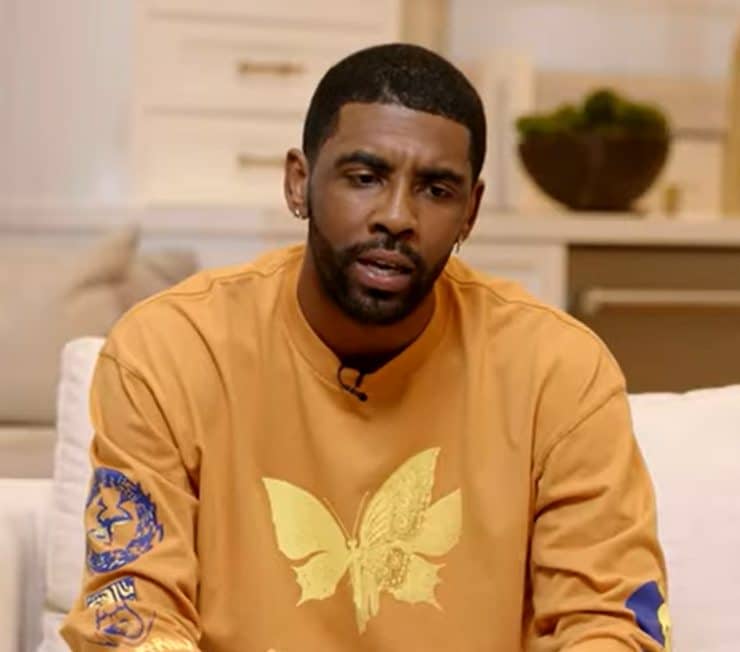 Nets guard Kyrie Irving discussed his thoughts on playing with LeBron James and the Cavaliers on the newest episode of “I Am Athlete.” In the 2016 NBA Finals, the Cavaliers overcame a 3-1 series deficit against the Warriors to win their first NBA championship. The fanbase and the organization thanked Irving for sinking the Game 7 series-winning shot in the closing seconds.

Of course, the 2016-17 season was Irving’s last season in Cleveland, and it was arguably his best season with the Cavs. He averaged 25.2 points, 3.2 rebounds, 5.8 assists and 1.2 steals per game. Anyway, according to Brian Lewis of the New York Post, Irving felt the Cavs would’ve won more championships if he was a more mature player back then. The guard did not communicate well with LeBron.

Other NBA news, trade rumors and betting content is on the main page.

Kyrie Irving explained, “If I was in the same maturity line and understanding of who I am, and I look back, we definitely, definitely would’ve won more championships, because there would’ve been a better man-to-man understanding about what I’m going through. I didn’t know how to share my emotions.”

Moreover, the 11th-year player commented on his performance in his final season. “I had one of my better seasons, but I wasn’t connecting with everybody as much during the championship year. So 2017, it was a different year for us. When you’re not a great team and not clicking on all cylinders and together, you’re easily defeated. You’re defeated before you can get to the arena.”

Irving does not miss playing for the Celtics

On Aug. 30, 2017, Kyrie Irving was traded by the Cavaliers to the Celtics for Jae Crowder, Isaiah Thomas, Ante Zizic, a 2018 first-round draft pick and a 2020 second-round draft pick. At the time, Celtics fans were excited. The majority of fans and NBA analysts gave him a chance. Though, Boston was never a good fit for Irving.

Although he averaged 24.4 points per game with the Celtics in the 2017-18 season and 23.8 points per game in the 2018-19 season, Irving seemed miserable. It makes a fan wonder if he never wanted to leave Cleveland to begin with. Perhaps, he just wanted to get away from LeBron James. Irving wanted to make a name for himself as the lone superstar on a team.

But is the guard viewed as a team player? No, not really. Even if Kyrie Irving stayed on the Cavaliers with LeBron for the 2017-18 season, the team still would have had to play the Warriors again in another NBA Finals series.

Keep in mind, Golden State swept Cleveland in 2018, and Kevin Durant won Finals MVP. It might have made the series a little bit more interesting with Irving. However, the Cavs probably would have lost with him as well. The Warriors had more than enough talent to complete a three-peat.

RELATED: How to Watch NBA Playoffs and Stream NBA Conference Finals for Free?

Will the Nets trade Kyrie Irving this offseason?

Additionally, on Jul. 6, 2019, Irving signed a four-year, $136.49 million contract with the Nets. He made $34,916,200 this season without appearing in a home game until Mar. 27. Needless to say, the seven-time All-Star was not allowed to play at Barclays Center because of the city’s COVID-19 vaccine mandate.

Irving’s player option for the 2022-23 season is $36,503,300. What if the Nets decide to shop him this offseason? One of the latest NBA trade rumors concerns the possibility of the Nets trading Irving to the Clippers for Norman Powell, Luke Kennard and Reggie Jackson.

After the team traded for Ben Simmons, you have to wonder if this move was made because the front office is not sold on Irving. The Nets are seeking committed superstars, and Kyrie Irving was not dependable when all the chips were on the table. He enjoys playing with Kevin Durant, but he might not like playing in Brooklyn.

BetOnline is one of the best NBA betting sites