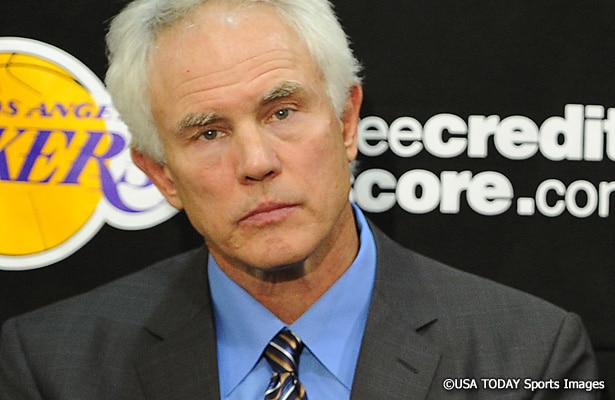 In radio appearances Thursday, Lakers general manager Mitch Kupchak discussed the draft pick and what the Lakers might do with it, although he pointed out that it’s still early, that they’re still fielding calls from teams interested in the pick and that they still must work out and interview draft prospects in the coming weeks.

“It looks as though we’ll use our pick this year,” Kupchak said during a radio appearance with ESPN’s Colin Cowherd.

Kupchak didn’t commit to the idea that the Lakers would be taking a center, but his comments certainly leaned that way.

“Clearly, at the top of the draft at this time, there are two bigs, and we have the second pick,” Kupchak told Cowherd.