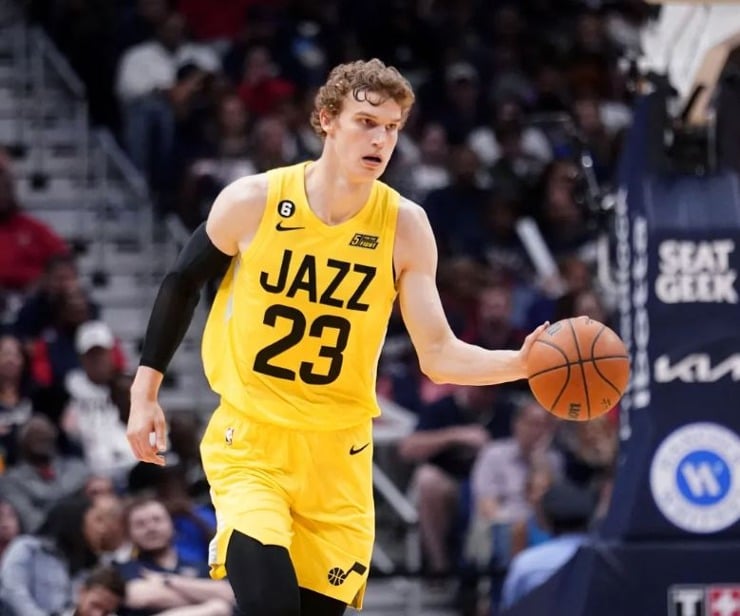 On Tuesday, Utah Jazz forward Lauri Markkanen became just the second 7-footer in NBA history to make at least nine 3-pointers in a single game, in a 126-111 win over the Detroit Pistons.

Based on a number of NBA betting sites, the Jazz have the ninth-lowest odds to win the championship in 2023. Quite a few sportsbooks are not counting on a playoff appearance this season.

Markkanen is just the second listed 7-footer in NBA history to make at least nine 3-pointers in a game.

Lauri Markkanen ended his performance with 38 points, five rebounds, one assist, and one steal in Utah’s win versus the Pistons. He shot 13-of-20 (65%) from the floor and 9-of-13 (69.2%) beyond the arc. Needless to say, his nine 3-pointers are a career high for an individual game.

“Obviously, Lauri had an amazing game for us,” Jazz coach Will Hardy said. “He really pushed us into the lead.” Utah’s largest lead of the game was by 22 points.

In 2018, Markkanen tied Dirk Nowitzki’s record with eight 3-pointers in a single game by a 7-footer. Basketball statisticians tend to forget about Frye’s performance back in 2011.

Although he was a decent player, Frye loses the popularity contest when matched up with the future Hall of Famer. It may explain why some records are forgotten. Either way, both records are insane. Lauri Markkanen is on his way to receive his first All-Star selection.

Lauri Markkanen was MONEY from deep in the Jazz win.

Through 31 starts this season, the forward is averaging career highs of 22.8 points and 2.1 assists. In addition to logging 8.2 boards per game, Lauri Markkanen is also shooting 53.4% from the field and 43.8% outside the arc. Both percentages are career highs. And the wing has recorded 11 double-doubles as well.