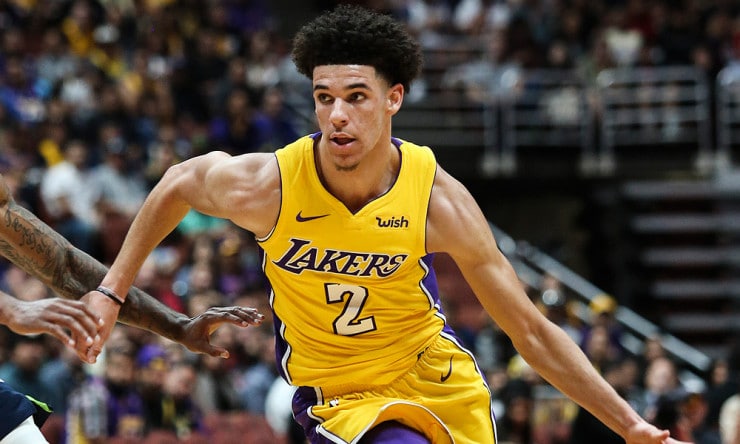 One game after he made history as the youngest ever with a triple-double, Los Angeles Lakers point guard Lonzo Ball watched the fourth quarter from the bench as coach Luke Walton rode the hot hands of Jordan Clarkson and Corey Brewer on Monday night.

With Clarkson and Brewer combining for 24 points in the second half, the Lakers got a much-needed 100-93 win over the Phoenix Suns at Talking Stick Resort Arena. The Lakers (6-8) finished a daunting four-game trip by snapping a three-game losing slide.

“We got a win so I got no complaints,” said Ball, who exited the game with 2:47 left in the third quarter for Clarkson. “My teammates got it done in the fourth and we had to at least get one on this road trip.”