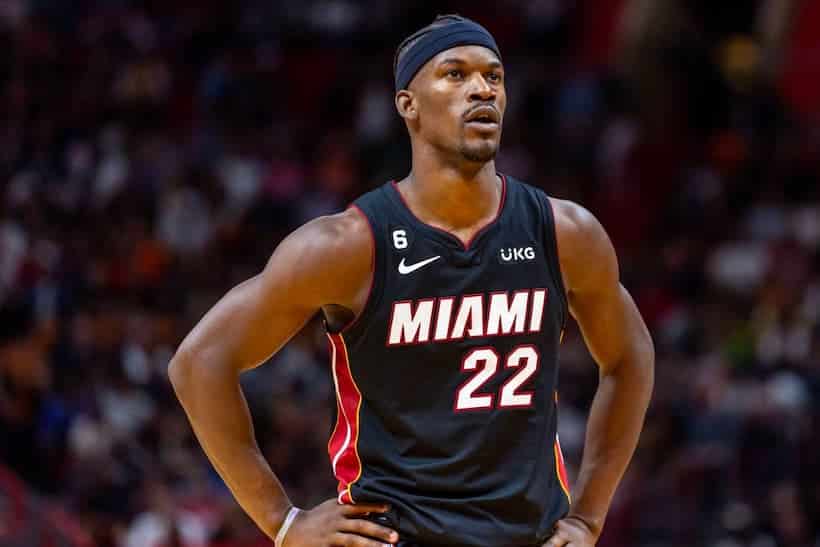 The Miami Heat are attempting to turn their season around for the better after a tough start. However, Miami has gone 7-3 in their last ten and are seventh in the Eastern Conference. Injuries have derailed their season at times, but head coach Erik Spoelstra is doing whatever he can to have the most effective lineups each night. Miami received some good news over the weekend on Jimmy Butler’s knee injury.

A nagging right knee injury has kept Butler out on night’s when Miami are playing in back-to-backs. On Saturday, Butler was evaluated and was finally cleared to play in back-to-backs once again. The 33 year old has played in 23 of the Heat’s 37 games this season.

Florida Sports Betting sites have the Heat at (+4000) to win the Finals this season. On Saturday night, the Heat won a close game vs the Utah Jazz, 126-123. Victor Oladipo came off the bench to have 23 points and 3 steals for the Heat.

Business resumes with a few days in the City of Angels 🏀 pic.twitter.com/PZXKRAJDFL

Butler missed seven straight games for the Heat at the end of December and has missed another seven sporadically in since then as well. Miami did receive the goof news that he can once again play in back-to-backs. Anthony Chang of the Miami Herald had this report about Butlers return.

“Butler was evaluated by a doctor on Saturday and received final clearance to again take part in back-to-backs, according to a league source. The Heat did not play Butler in both games of any December back-to-back after right knee soreness forced him to miss seven straight games in November. That pattern should change moving forward. The good news for Butler is there isn’t a back-to-back on the Heat’s schedule for more than a month. Miami’s next back-to-back set is on Feb. 10-11.” – Anthony Chang

There’s no question how valuable Butler has been to this franchise in the four seasons he’s been with the Heat. Since the 2020-21 season, Butler has averaged at least (21.0) points per game for the season. He carried the Heat to the NBA Finals in 2020 where they lost to the Lakers. If the Heat can get Butler back fully healthy, they could find a way to turn their season around.