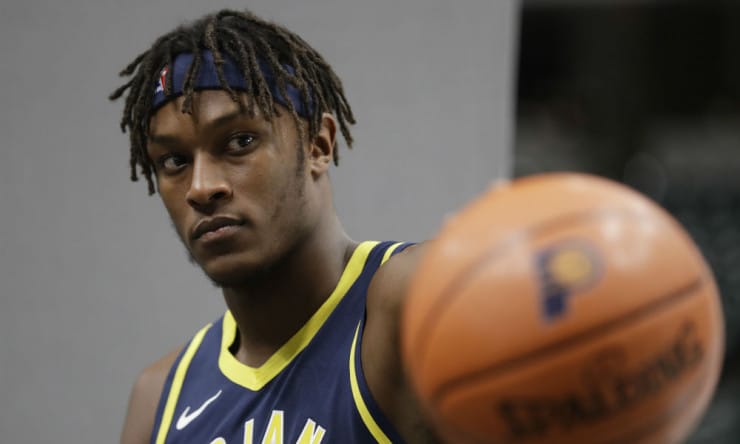 The Indiana Pacers are 3-5 to start the season and have seen center Myles Turner be used sparingly. Turner is playing his eighth season with the Pacers and is in the last year of his contract. Reports have come out that if the big man is not traded before next season, he could seek over $20 million in free agency.

Last week, Turner made a public statement that the LA Lakers should trade two first-round picks for him. Turner said they “should take a very hard look” at trading for the two-time blocks leader. He said he knows what he can provide to the team. NBA betting sites have the Lakers at (+5000) to win the Finals.

Turner has been discussed in trade rumors for months now, dating back to last season as well. Don’t be shocked if he’s traded this year as their relationship may be coming to an end. If not, he’ll be a free agent in the offseason and will be looking for a big pay day.

“If I’m the Lakers, I take a very hard look at this with the position that you're in. I know what I can provide for a team.”

(Via The Woj Pod) pic.twitter.com/hLkYTZF18X

Myles Turner could seek over $20 million in free agency

Reports have come out that the Pacers center is going to be seeking a big contract in free agency.

“There’s a belief around the league looking ahead that Turner and his team will seek over $20 million annually in free agency as an unrestricted free agent,”… ““Previously, there were rumblings about a potential Malcolm Brogdon type of extension around those numbers (two years, $45 million).” – Michael Scotto of HoopsHype

NBA executives speculate that Turner could get a deal similar to the one Clint Capella got with the Hawks. Atlanta signed Capella to a two-year contract extension worth $46 million. That would meet the demands of over $20 million a year that Turner is asking for. He’s been used sparingly for the Pacers this season, only playing in three of their eight games. Two of the five games he missed he wasn’t even suited up to play. There’s some drama brewing in Indiana.