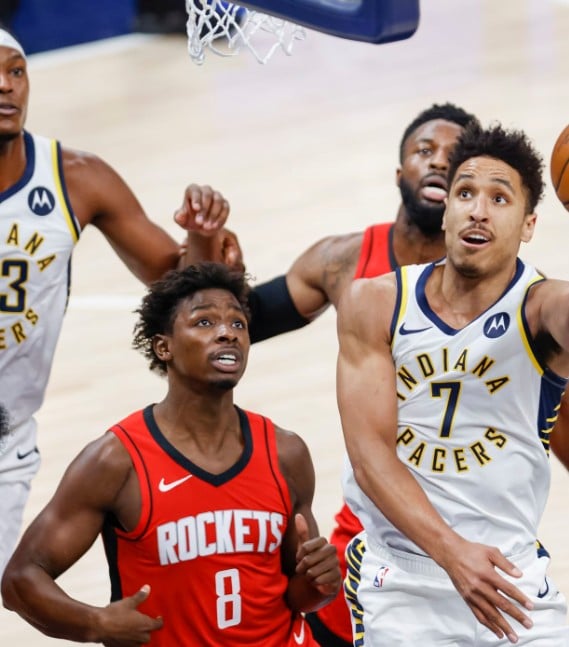 In Thursday night’s interconference rematch, the Houston Rockets (10-22) are playing the Indiana Pacers (13-19) at Gainbridge Fieldhouse. Will the struggling Rockets pick up their first head-to-head win versus the Pacers since Nov. 15, 2019?

On Apr. 14, 2021, the last time these teams met, Indiana defeated Houston 132-124 at Toyota Center. Changing the subject, if you are an avid Pacers fan, you’d know that Pacers games have not been viewable on streaming platforms for the last two seasons. Though, this is a common issue affecting several teams across the league. To be exact, there are a total of 23 teams with streaming problems. Based on the latest news update, the organization is in the final year of their deal with broadcasting partner Bally Sports Indiana.

Fans haven’t been able to watch Pacers games on streaming platforms for 2 seasons.

Herb Simon: "It’s a time of tremendous change in this area”

Per league sources, Pacers are in the final year of their deal with broadcasting partner Bally Sports Indiana.https://t.co/GT6fEX53CR

After missing one month due to hamstring injury, Rockets prized rookie Jalen Green will return on Thursday vs. Pacers in Indianapolis, sources tell me and @KellyIkoNBA.

Moreover, on Wednesday, in the Rockets’ 126-106 away loss versus the Bucks, center Christian Wood added yet another double-double to his career total, accumulating 20 points and 11 rebounds in 28 minutes played. Eric Gordon and Kenyon Martin Jr. each ended their performances with 12 points and 6.0 assists, too. The Rockets out-rebounded the Bucks 52 to 48.

However, Milwaukee outscored them 38 to 26 in the second quarter. Both teams scored 46 points in the paint, but the difference-maker in this contest was free throw shooting. Houston shot 21-for-31 (67.7%) at the line. Not to mention, the team’s 15 turnovers made it even more difficult for them to overcome a double-digit deficit. Following this defeat, the Rockets are now 3-15 away, 7-7 at home and 9-8-1 ATS on the road this season.

Referencing ESPN’s Basketball Power Index, the Pacers have a 73% chance of winning.

Meanwhile, in the Pacers’ 125-96 away loss against the Heat on Tuesday, Caris LeVert and Chris Duarte each put up 17 points and 4.0 rebounds in their performances. For team-highs, this effort was not close to satisfactory. Oshae Brissett closed out his night with 14 points, 5.0 rebounds and 1.0 assist in 24 minutes on the court. In the first half, Indiana allowed Miami to score a total of 68 points.

For vital betting trends, the Rockets are 1-4 ATS in their previous five performances. They are also 1-4 straight up in their past five games. Next, the total has gone over in seven of Houston’s last eight contests. And, the total has gone over in six of the Rockets’ previous seven road games. To add to these betting statistics, the team is 1-4 SU in their past five matches versus Central Division opponents. Finally, the Rockets are 2-6 SU in their last eight contests.

Pick the Pacers to win, they will cover the spread and the total will go over 222.5. Indiana is a nine-point favorite at home with BetOnline.