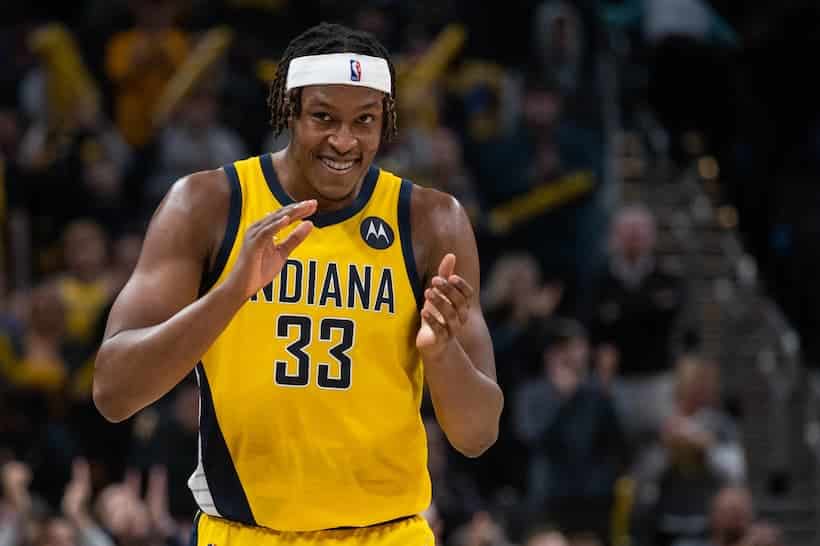 There has been an on-going saga over the past three-to-four seasons about Myles Turner wanting to be traded from the Pacers. Indiana has a new core of players that features a lot of guards doing the heavy lifting for the team. Turner values himself as more than just a rotational player for the team and that’s lead to some differences between the front office and himself. Failed extension talks with the big man could finally lead to the trade that Turner has been wanting.

The two-time league leader in blocks still has so much basketball future ahead of him. He came into the league as a rookie at 19 in the 2015-16 season and is now only 26. While he doesn’t feel valued by the Pacers, there are a number of other teams who could use an elite rim protector like himself.

Indiana are currently seventh in the Eastern Conference and have gone 6-4 in their last ten games. NBA betting sites have the Pacers at (+30000) to win the Finals this season.

NBA insider Matt Moore had this insight on what could possibly happen between Turner and the Pacers.

“However, multiple sources indicated this week that if a deal isn’t reached, it would finally prompt the Pacers to move on and deal Turner. At this point, I’ll believe it when I see it, given how many times Turner’s name has appeared in trade rumors.” – Matt Moore.

Reports from The Athletic last month indicated that Indiana and Turner were in discussions about extensions. If a deal were to be reached, it would finally end the on-going sags between Turner and Indiana about his future with the team. Unless the Pacers are considering giving him a larger role on the team, it sounds like an extension may never happen and Indiana may be forced to trade him.

“It’s clear that I’m not valued as anything more than a glorified role player here, and I want something more, more opportunity,” – Myles Turner

This is a waiting game at this point to see what happens to the two sides. It seems like the best option for both sides would be to try and find a trade option that satisfies both parties. Indiana doesn’t seem like they are going to expand his role on the team and Turner has made it clear he wants to be involved more. The two sides parting ways seems like more than a logical option.