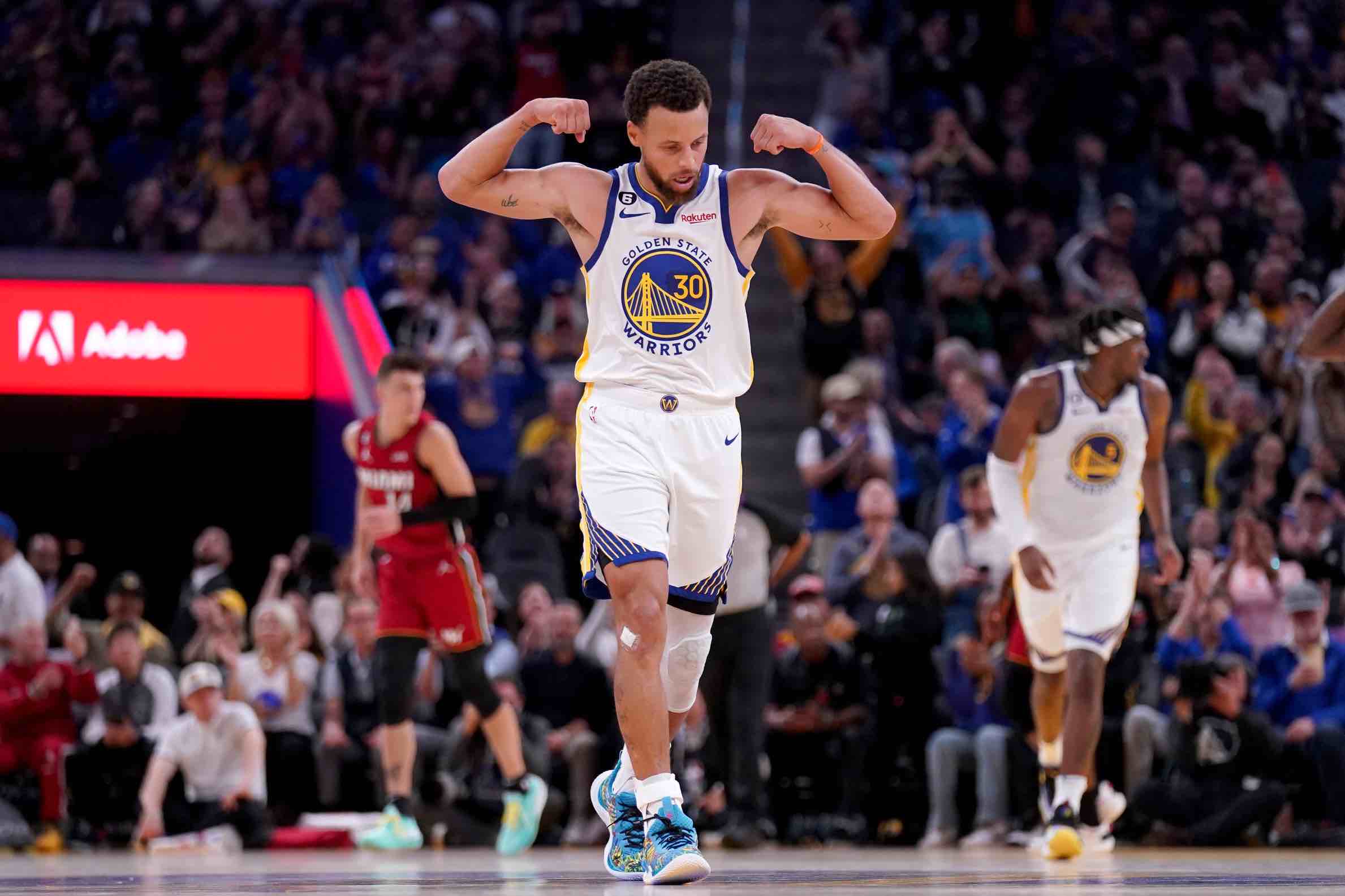 The 2022-23 NBA season is underway and we have the best player prop picks for tonight’s games featuring Heat vs Warriors and Suns vs Timberwolves.

Tonight’s NBA games are headlined by Miami Heat vs Golden State Warriors and Oklahoma City Thunder vs Orlando Magic for which we have chosen three player prop picks that you can back on BetOnline.

Steph Curry and the Golden State Warriors will look to snap a two-game losing streak against the Miami Heat tonight who have also fallen to defeat in their last two outings.

The Devin Booker and Chris Paul-led Suns have won four on the bounce and can make it five with victory against the Minnesota Timberwolves in Arizona, which tips-off at 10pm EST.

Steph Curry is one of two players to score over 200 NBA points so far this season alongside Luka Doncic, however the Warriors have fell to a negative record after seven games (3-4) leading many to question if this team can coexist.

Curry is also one of four NBA players to average at least 30 points, 5 rebounds and 5 assists this season but the 34-year-old will need to step up in a bigger leadership role to help his side push through the current adversity.

We’re picking the four-time champion to post over 27.5 points in South Beach on Tuesday night.

2022 Sixth Man of the Year Tyler Herro is averaging a respectable 20 points per game on 38% shooting from downtown this season, but with the Miami Heat sitting with a record of 2-4 there is more to be done.

Despite a great performance, head coach Erik Spoelstra didn’t appear to share the same opinion during the postgame media availability. He brushed aside specific questions on Herro, despite the 2019 lottery pick emerging as one of Miami’s most important assets.

Tyler Herro leading the comeback and throws it down 😤

Herro is now at 34 points. pic.twitter.com/DPV81gaqUW

Phoenix Suns All-NBA guard Devin Booker has the joint-highest +/- in the league this season alongside new Cleveland Cavaliers addition Donovan Mitchell at +78.

Averaging 29.3 points, 3.3 rebounds and 5.5 assists per night this season, Booker has led the Suns to a 5-1 record with the team’s only loss coming in overtime against the Portland Trail Blazers on opening week.

We’re picking the 26-year-old to tally over 38.5 in combined points, rebounds and assists against Minnesota.

Devin Booker in his 4th 30+ point game of the year

The Suns won by 15 💪 pic.twitter.com/XvKCAqGM1i

Back Booker over 38.5 pts + reb + ast @ -110 With BetOnline
Join our Telegram channel for our exclusive free betting tips, picks and offers.