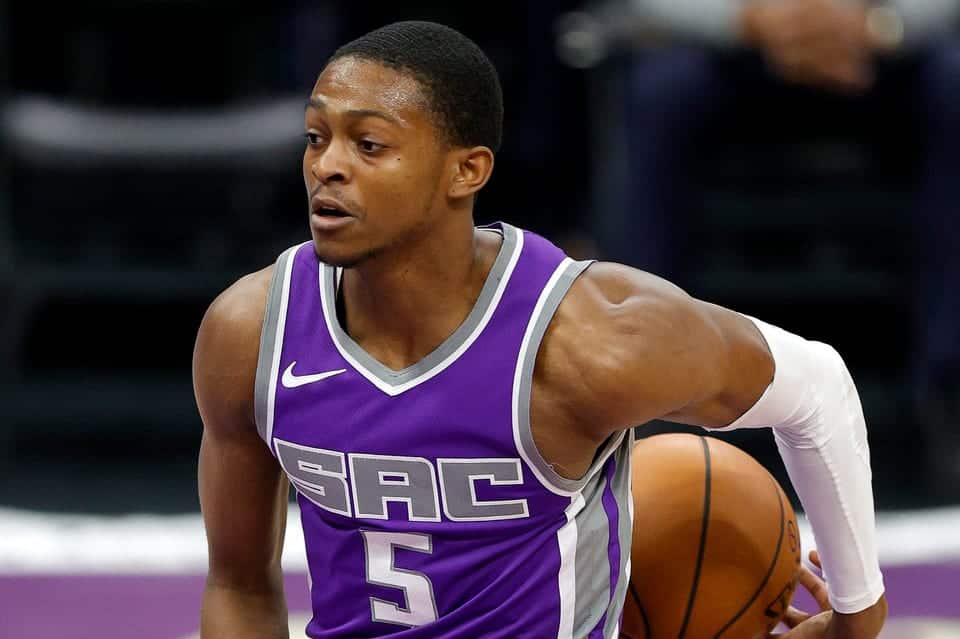 Our Thursday night NBA slate is much smaller than it usually is. There are only three games on across the entire league tonight and all the games tip off after 10:00pm. We’ve put together our best NBA player prop picks for tonight’s games featuring Brooklyn vs Portland and San Antonio vs Sacramento.

At 10:00pm tonight, the 6-9 Brooklyn Nets will be in Portland to finish out a west cost road trip vs the 10-4 Trial Blazers. Kyrie Irving will miss his eighth straight games tonight with his team issued suspension, but it was reported yesterday that he is “entering the final stages for reinstatement”. This is huge for the Nets who are 2-3 in their last five and Brooklyn could use his offensive output. The Nets were outscored by 29 points on Tuesday to the Kings and let Sacramento score 153 points in regulation.

The Sacramento Kings have won five of their last six games to have a 7-6 record and will face a 6-9 San Antonio Spurs team at home. Sacramento are second in the Pacific Division and have a well balanced lineup this season. Domantas Sabonis came to the Kings last season in a trade that involved Buddy Hield and Tyrese Halliburton going to the Pacers. Sabonis leads the team in rebounds (11.0) and assists (6.3) per game.

NBA betting sites have the Kings at (+8000) to win the Finals this season.

The Brooklyn Nets have been desperate for others players to step up and help Kevin Durant on the offensive end while they wait for Kyrie Irving to get reinstated back with the team. One player who could do this for the Nets is PF Royce O’Neal. He’s started all 15 games for Brooklyn this season and has had some solid games so far in his short career with the Nets.

Our pick tonight is this game is for Royce O’Neal to have over 9.5 points @ -113 with BetOnline. He’s had over 9.5 points in eight of the fifteen games he’s played in. O’Neal is attempting 5.7 three-pointers a game. If you round that up to six, and he hits half his attempted 3’s, that’s nine points right there. There’s value in this bet tonight.

De’Aaron Fox is in his his sixth season with the Kings and he’s leading the team in scoring this season with (24.6) points per game which is also the fifth most among all active players. The Kings will host the San Antonio Spurs tonight at 10:00pm. Fox is playing around 32 minutes per game this season, his lowest average since the 2019-20 season.

Our pick tonight is for De’Aaron Fox to have over 1.5 three’s @ -121 with BetOnline. Fox is taking 5.1 three-pointers per game this season and has been hitting them at 36 percent. In his last five games he’s attempted at least four three-pointers in each. He will look to help keep the Kings win streak alive vs the Spurs tonight.

Back Fox over 1.5 three’s @ -121 With BetOnline
Join our Telegram channel for our exclusive free betting tips, picks and offers.