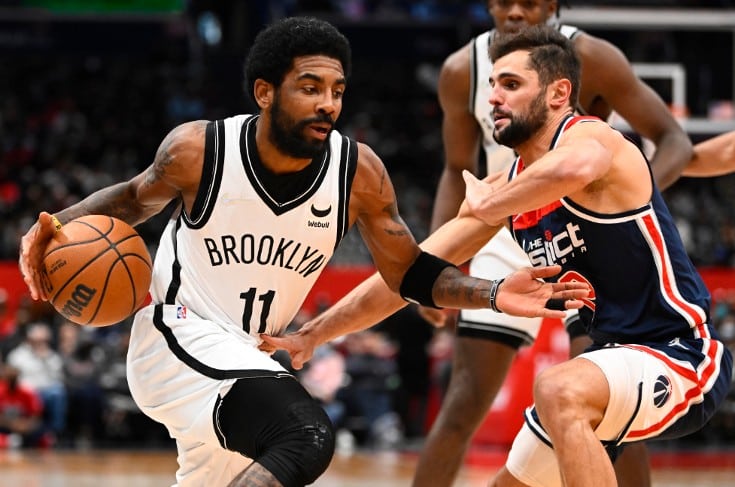 The Celtics and Nets will meet at TD Garden on Sunday. Both teams are looking to prove that they are the team to beat in the Eastern Conference towards the back end of the season.

Both teams will have off on Saturday to get prepared for this game.

Below, we will take a look at players who are currently on the injury report for Sunday night’s game. There should not be any late scratches because both teams will have off the night before.

Brooklyn will travel to Boston on Sunday afternoon for a battle versus the Celtics. For the latest NBA betting trends and free NBA picks for Sunday’s game, check out our Nets vs Celtics preview below.

Nets Looking To Get Back On Track With Durant

The Brooklyn Nets have not been playing great basketball as of late as they are 3-7 in their last 10 games. Many of their struggles recently can be contributed to not having Kevin Durant out there on the court, but he did return in the Nets’ last game against the Miami Heat.

In that game, Brooklyn lost to the Miami Heat, who were without Jimmy Butler, Kyle Lowry, and PJ Tucker. Kevin Durant in his first game back scored 31 points and grabbed four rebounds while dishing out four assists.

Brooklyn will be coming into this one losing three games in a row, and they desperately need to get back on track to secure a spot in the Eastern Conference playoffs.

The Boston Celtics have been able to play incredible basketball as of late as they are now the fifth seed in the Eastern Conference. They are 8-2 in their last 10 games and have currently won two games in a row.

In Boston’s last game, they were able to come away with a highly impressive win against the Memphis Grizzlies where Jayson Tatum was able to do his usual thing by scoring 37 points, grabbing six rebounds, and dishing out five assists.

Boston has been one of the best teams in basketball the past two months, and things have finally really clicked for this team team. They currently have the fourth-highest net rating in the NBA, the 18th rated offense, and the second-rated defense.

For this game, I’m going to go with the Boston Celtics to win outright and Jayson Tatum to have 25 points. With how bad Brooklyn’s defense has been throughout the entire year, as they currently rank 24th in defensive rating, I expect Jayson Tatum to do his usual thing and get whatever he wants.

Although Brooklyn is getting healthy finally, I do expect Boston to continue this hot streak that they currently have despite missing Jaylen Brown due to injury.

Get free NBA bets for the Nets vs Celtics game at BetOnline below.