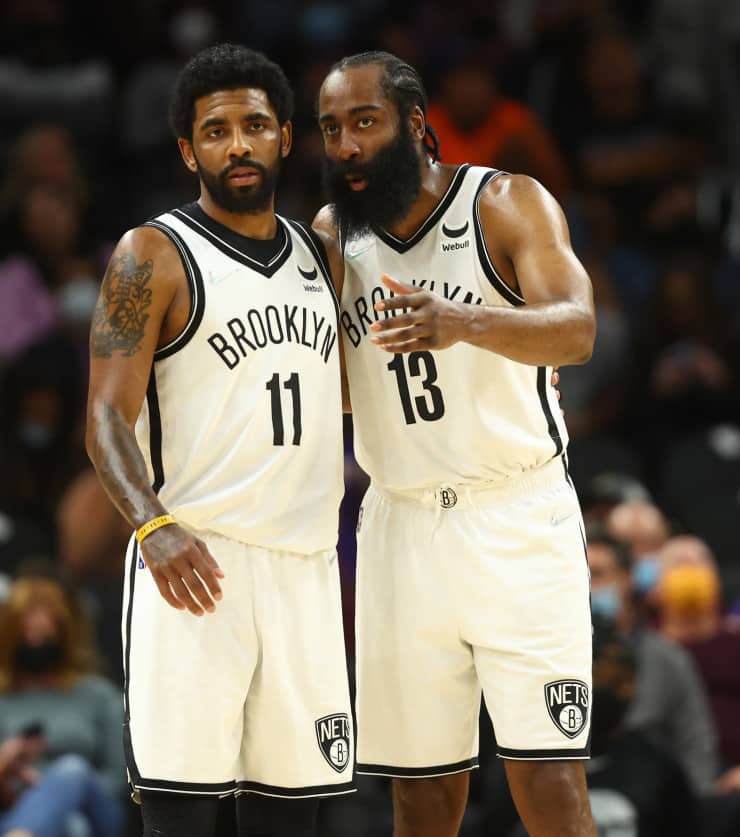 Let’s take a look at the top NBA picks and betting trends, as well as the starting lineups for tonight’s Nets vs Kings game.

Brooklyn come into this game on a terrible run of form. The have lost their last 5 games in a row and now sit sixth in the Eastern Conference. They are 3 games behind the Bulls in first and only sit 1.5 games ahead of Charlotte in seventh who will be determined to take advantage of this poor run from the Nets.

The Nets were most peoples pick town the East this year however have not looked like the team many expected at the start of the season.

Brooklyn lost their last game against Phoenix by a score of 121-111. This was seen by many as a potential NBA Finals matchup and if it happens to be, I’d be backing the Suns to win the series. The Nets struggled for parts of the game and the gap left by Kevin Durant is very apparent. Kyrie Irving and James Harden combined for 48 points, 9 rebounds, 13 assists and 2 steals in thew game against the Suns. Blake Griffin added a respectable 17 from the bench.

This is game 3 of 5 for Brooklyn who are on a 5 game Western road trip.

Brookyn’s opponents tonight, The Sacramento Kings come into this one having lost their last 7 games. This includes losing all 5 games on an Eastern road trip. Sacramento have only won 3 of 15 games in 2022.

The Kings currently sit 13th in the Western Conference, a few games adrift of making the Play-In tournament.

This is the first of two games this season between the Nets and Kings. Both matches take place in the month of February with the second game in Brooklyn on the 15th.

If you follow the The ESPN Matchup Predictor you will see it is struggling to pick a winner on this one. It has the Nets marginally winning this one with a 50.6% chance of victory. At the start of the season you’d have marked this as a pretty easy win for Brooklyn however this is their second game in as many nights and they are struggling for form.

Whilst Sacramento can hardly buy a win at present, they will see this as a winnable game and will be looking to take a big scalp.

Will we see a statement win for Brooklyn or will the Kings pick up their fourth win in 2022?