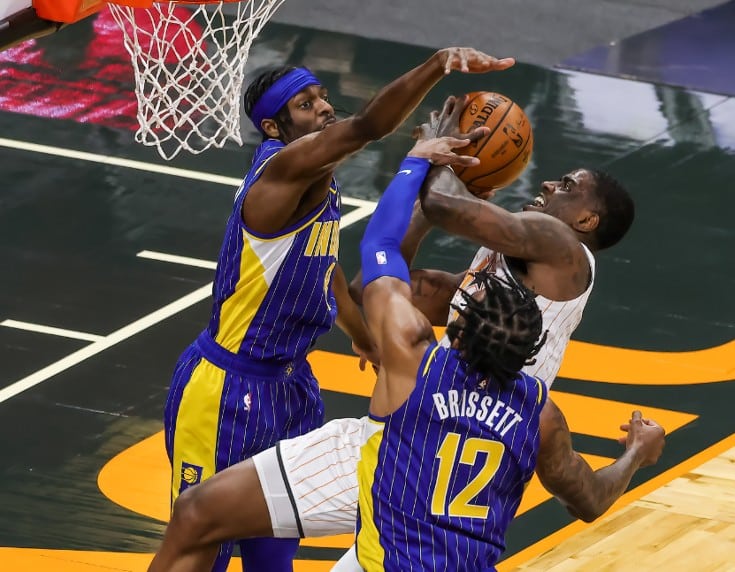 The Indiana Pacers and the Orlando Magic will meet at the Amway Center on Wednesday for a matchup between two struggling Eastern Conference teams. This is the third matchup between these two Eastern Conference teams as the Magic currently have a 2-o record against the Pacers this season. Orlando is on a two-game winning streak after beating the Pacers on Monday night.

Both of these teams have been at two of the worst in the NBA this season but that was to be expected coming into the year. Indiana decided to trade away Domantas Sabonis during the NBA trade deadline and newly acquired point guard Tyrese Haliburton has been playing at some great basketball as of late.

The Magic are coming into this one on a two-game win streak, and perhaps they are starting to figure out how to play some better basketball with the young guys that they do have on their team after the All-Star break.

Below, we will take a look at players who are currently on the injury report for Wednesday night’s game. Neither team should have any late scratches considering they will have a night off on Tuesday. Markelle Fultz played his first game of this season on Monday against the Pacers and he’s expected to play again on Wednesday.

The Pacers and Magic are two rebuilding teams who have struggled mightily this season. They’re arguably the two worst teams in the Eastern Conference.  It was to be expected that both of these teams were going to struggle this season but the Pacers have definitely shown some spots throughout the year where they have improved and that they do have a bright future. Orlando also has a few players on the roster who have shown promise for this organization’s future.

Tyrese Haliburton Is A Future Star

The Indiana Pacers haven’t had many bright spots this season but if there is one guy who has plenty of promise for this team it’s Tyrese Haliburton.

After being traded to the Pacers during the NBA trade deadline, in just seven games, Tyrese Haliburton is averaging 20.3 points per game and 10.1 assists.

Magic On A Two-Game Winning Streak

Being on a two-game winning streak wouldn’t mean much for most teams in the NBA but considering that the Magic only have 15 wins this season, it is something that they should be happy about. They were able to take care of business against the Pacers on Monday and they were also able to beat the Houston Rockets in their first game since the All-Star break.

For the Orlando Magic vs Indiana Pacers matchup, I’m going to go with Tyrese Haliburton over on points and assist. He has been playing incredible basketball recently and going up against a below-average team like the magic should have him continuing where he has left off.

Halliburton is a future star in this league and when he is going to go up against a below-average defense in the Magic, he should continue to find plenty of success.

Get free NBA bets for the Magic vs Pacers game at BetOnline below.