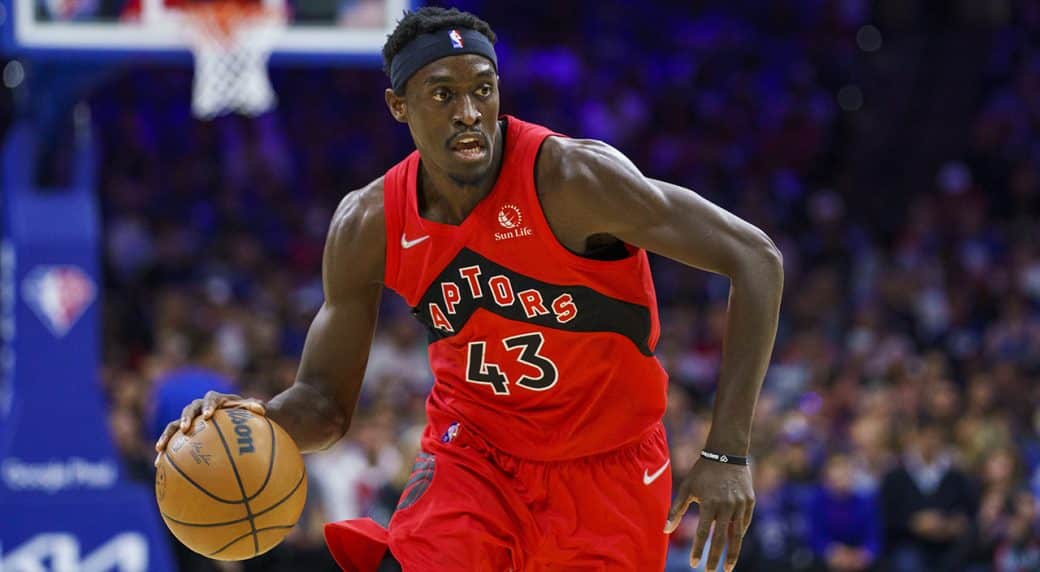 In a game where the Raptors badly needed a win, Pascal Siakam was doing it all for Toronto offensively. The one-time all-star scored a career-high 52 points on the road last night vs the New York Knicks. This also ended the Knicks eight-game win streak they were on. Siakam and the Raptors are just 3-7 in their last ten games, but he dug deep last night to pull out a gutsy performance.

The 28 year old NBA champion has been on a tear recently. He’s scored 27, 38, and 52 in three consecutive games. Toronto has fallen to tenth in the Eastern Conference, but are only three games behind the fifth seed Philadelphia 76ers. New York’s Julius Randle had the chance to cut the Raptors lead to two points with 45 seconds left in the game. He botched a layup and the Knicks chance to win slipped away.

A career night for Pascal Siakam!!

The Knicks had 17 turnovers in their game vs the Raptors last night and it’s hard to win in the NBA with that many turnovers. New York’s star players either had an off night or just fell short in the games biggest moments. Randle’s comments after the game about the botched layup with 45 second left were “It just slipped,”. It was a shot the Knicks needed most, but it’s not all his fault.

Jalen Brunson had arguably one of his worst games shooting the ball with the Knicks yet. He finished the game with just seven point and went 3-14 from the field for the game and 0-3 from deep. Brunson did finish the game with 12 assists, but he was quick to say he felt bad for letting the team down.

“Just given the way I played, I feel terrible,”… “It’s unacceptable on my part.” – Jalen Brunson

New York had a chance to take the lead in the final minutes of the game, but got out-rebounded by the Raptors. Pascal Siakam and Fred VanVleet took over to end the game for Toronto.