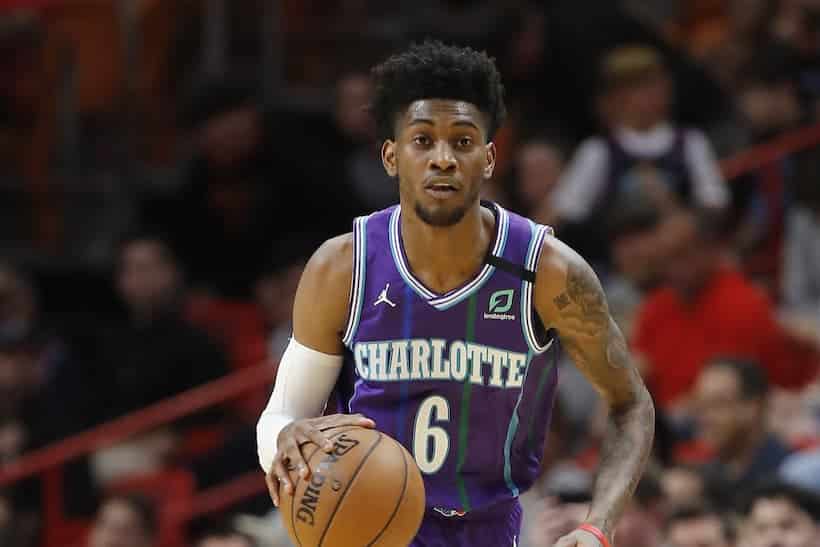 Even with the struggles the Charlotte Hornets are having this season, Jalen McDaniels game is still developing and he’s having a breakout year for the team. He struggled to find minutes in the rotation last season under James Barrego and his thrived in his knew role with head coach Steve Clifford this season. That is why McDaniels is having a a breakout year and he’s drawing interest from teams like the Phoenix Suns.

NBA insider Shams Charania reported that teams have drawn “increasing interest” is potentially trading for McDaniels. Those linked to him are the Phoenix Suns and it makes sense why they’d want him.

The Suns are going through a serious drought right now without Devin Booker and it’s clear that some players on their roster may not be cutting it. McDaniels could help fix their rotation and give them a spark where they need it most on the court. Arizona Sports Betting sites have the Suns at (+1800) to win the Finals this season.

“Sources tell me that the Suns have emerged as a team with interest in (Jalen) McDaniels, among several others in recent weeks.”

What could Jalen McDaniels potentially bring to the Phoenix Suns?

With the February 9 trade deadline approaching, teams will have to make a decision soon on what they want to do with their futures moving forward. Shams Charania reports that the Phoenix Suns are a team with interest in Jalen McDaniels among other teams. The fourth-year pro will turn 25 at the end of this month.

He’s also having a breakout season for the Hornets. McDaniels is averaging a career-high (10.9) points, (4.9) rebounds, and (2.1) assists per game this season. With Steve Clifford as his head coach, McDaniels is playing a career-high (26.5) minutes per game for Charlotte. Mason Plumlee and himself are the only two players who’ve appeared in all 41 games for the Hornets so far this season.

As a six-foot nine SF, McDaniels offers a versatile skill-set of length and athleticism. He also has the ability to knock down three-pointers at a 35 percent clip for his career. Charania also noted that Phoenix could potentially move Jae Crowder in this deal who has yet to make an appearance this season.