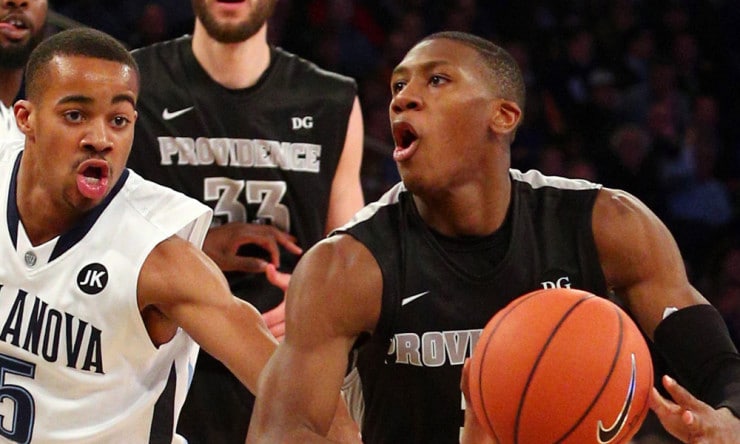 For the second consecutive season, the Friars are making a push to be mentioned as one of the best teams in the Big East. It’s going to extremely tough to contain Kris Dunn and LaDontae Henton. Dunn was named Co-Player of the Year in the conference, as well as Defensive Player of the Year. Dunn picked up a triple-double in a win earlier in the season against DePaul (27 points, 13 rebounds and 12 assists), and followed that up by becoming the first player to ever lead the Big East in assists (7.4) and steals (2.8). His wingman Henton (20 PPG) led the Big East in scoring and was recently named one of five finalists for the Julius Erving Award. The last time the Friars made consecutive trips to the NCAA Tournament was in 1990. These two form quite the one-two punch for head coach Ed Cooley. Last year in the tournament, Providence was unable to upset North Carolina in the 6-vs.-11 game, but look for them to be on the other side of the coin this time around.

One of the surprise teams to make it to the Sweet 16 last year, the Flyers are back in the tournament after finishing in second place in Atlantic-10 regular season play. Jordan Sibert, who originally started his career out at Ohio State, has developed into a star in his second year with the program. He’s averaging 16.7 points, 3.5 rebounds, 1.9 assists and 1.7 steals this season, and he’s shooting 46 percent from the field. In Dyshawn Pierre, the Flyers have a threat to go for a double-double every night, as he was just two boards shy of averaging one on the season. Pierre is also the team’s second-leading playmaker, handing out 2.9 dimes a night to Scoochi Smith’s 3.9. The dismissal of Devon Scott and Jalen Robinson was a big hit to the Flyers’ depth. Scott’s rebounding ability is especially missed, but the Flyers have still managed to be a top 50 team defensively without him. The Flyers’ best wins came at VCU and at home against Ole Miss, Richmond and Rhode Island. They have one really bad loss on their record, a February 21 defeat at the hands of Duquesne. The Flyers will struggle if matched up against a team with great size, but their defense is good enough to take them past the opening weekend again if their frontline place is serviceable enough.