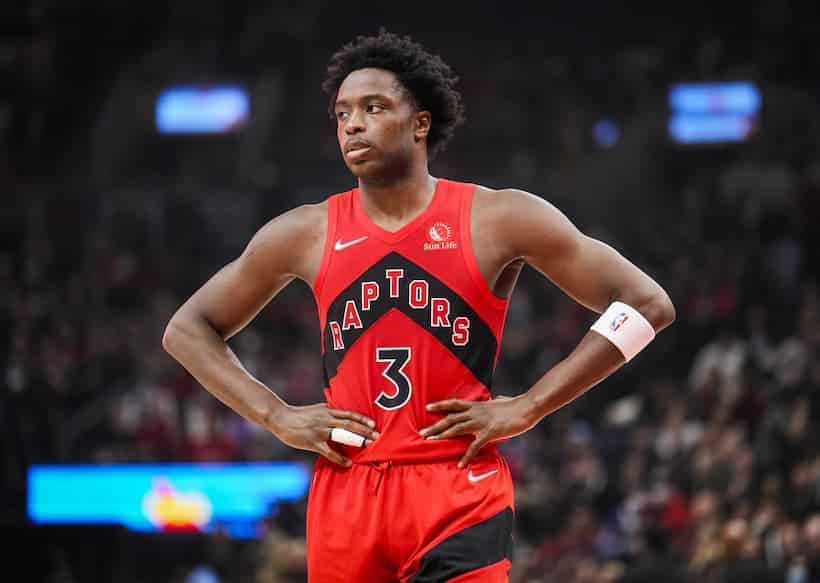 The Toronto Raptors are just flat-out not getting it done this season and that’s why a number of their star players have been rumored on the trade market for a while now. With a 21-27 record, they are twelfth in the Eastern Conference. One player who reportedly “wants out of Toronto” is SF O.G. Anunoby. It’s clear that the Raptors team need to make some changes this season and Anunoby is near the top of that discussion.

Twenty-five year old O.G. Anunoby has spent his first six professional seasons with the Toronto Raptors, but that time may be coming to an end. He’s already an NBA champion and is known for his defensive intensity and skill on that end of the floor.

Insiders across the league have said that he “wants out of Toronto” and we may see Anunoby on the move in the coming weeks. NBA betting sites have the Raptors at (+8000) to win the Finals this season.

We could be seeing the end of O.G. Anunoby’s time with Toronto

There have been multiple rumors of Anunoby being on the move this season and just yesterday if was reported that a team offered three first-round picks for the twenty-five year old defensive specialist. Veteran Toronto radio personality Bob McCown had this to report on what he’s heard from those tapped into the league.

“I talked to an insider inside the NBA yesterday on the phone,”… “He’s a guy I’ve known for several years. He tells me that Anunoby wants out of Toronto. Anunoby wants out. He wants to be traded. I don’t know if they’re trying to do something. He’s a name that’s been out there for quite some time.” – Bob McCown

Rumors of Anunoby being unhappy date all the way to May 2022. They say he’s “unhappy with his role”. For the 2022-23 season, he’s averaging a career-high in points (17.4) and rebounds (5.7) per game. He also leads the league in steals (90) and steals per game (2.1). Teams are willing to make a massive trade for that kind of talent on the defensive end. We’ll have to see what happens by the 2/9 trade deadline.