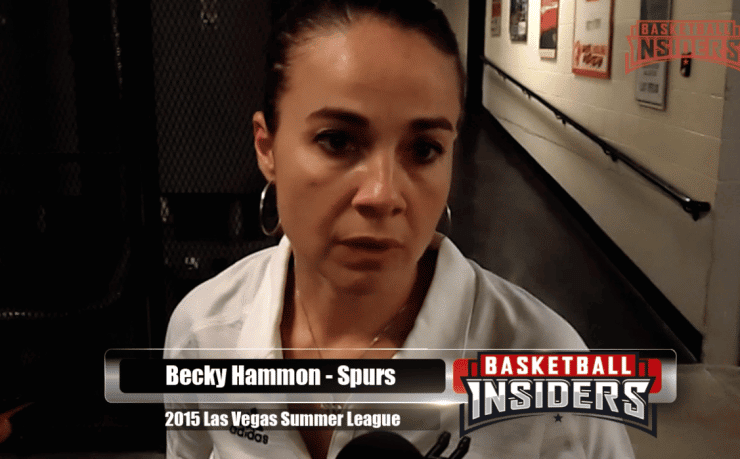 Hammon guided the Spurs to the Summer League title in a win over the Phoenix Suns. Since then Hammon has rightly received much laud.

On Sunday, she was recognized once again for her contributions – this time on the court. The New York Liberty inducted Hammon into their Ring of Honor, a recognition bestowed on players “who have made the most significant contributions to the Liberty’s tradition of excellence and to the growth of the WNBA.”