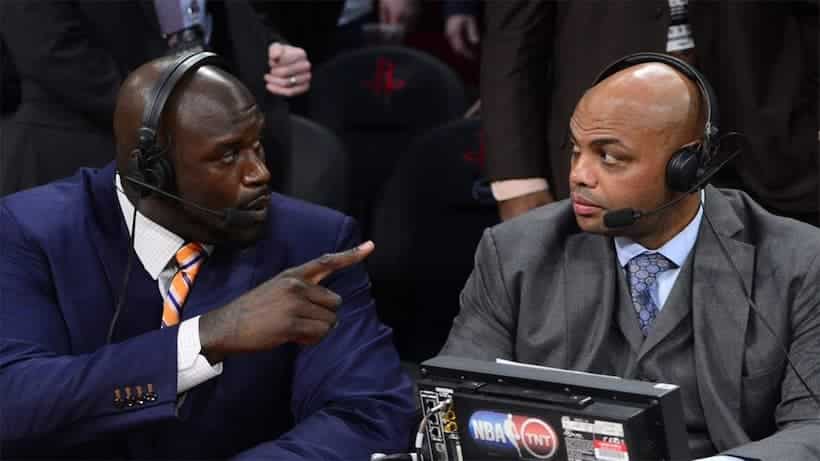 The New York Knicks are taking the league by storm right now. Julius Randle and the Knicks have gone 8-2 in their last ten games and are also on a eight-game win streak. They are sixth in the Eastern Conference and are just one game back from the fourth place Brooklyn Nets. Last night Shaquille O’Neal, Charles Barkley, and the rest of the Inside the NBA on TNT panel were having a discussion about the reality of the Knicks. Both don’t have very high expectations at all.

Despite their recent success, the Knicks still have doubters about what they can do long-term. Before their eight-game win streak the Knicks were 10-13 and rumors were spreading about the safety of head coach Tom Thibodeau’s job. Last night, Shaq and Chuck both agreed that the Knicks are not a team that can make it out of the first round of playoffs.

Shaq on the Knicks: "I don't think they can get out of one round of the playoffs"

Charles Barkley on the Knicks: "…I'm with you Shaq. Whoop-de-doo…They're playing great, but they're not even the best team in their city" pic.twitter.com/8wnW0bEvUa

Shaq and Chuck have serious doubts about the New York Knicks

At half-time of the Warriors vs Knicks game last night, Shaquille O’Neal and Charles Barkley had these comments to say about what they think the Knicks team can do in the future.

“I don’t think [the Knicks] can get out of one round of the playoffs.” – Shaquille O’Neal

“But I’m with you, Shaq, whoop-de-do, [Knicks] are not even the best team in the same state.” – Charles Barkley

Chuck would be referring to the 19-12 Brooklyn Nets who will face the Warriors tonight after they got routed 132-94 to the Knicks. One positive that Barkley did have is that Julius Randle is having a much better season than he did last year. The offseason addition of Jalen Brunson has give Randle more open scoring opportunities than he did last season. Randle had to create a lot of his own shots last season and Brunson has opened up the floor for him.

The last time the Knicks made it out of the first round of the playoffs was a decade ago in the 2012-13 season.