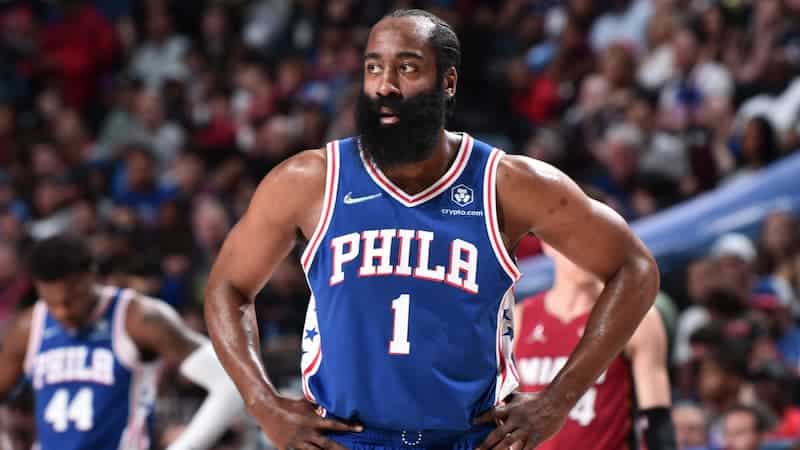 The Philadelphia 76ers have had a strong December this season. Before their 116-111 loss to the Wizards last night, the Sixers had been on a eight-game win streak. One player for Philly who is always being discussed among the media is James Harden. News has been reported that he is not interested in a long-term deal and could be seeking a return to Houston in the future.

NBA insider Adrian Wojnarowski reported on Christmas Day that Sixers guard James Harden is “seriously considering” a return to Houston next season. This threw Sixers fans for a whirl and nobody is truly sure what his next move may be. Reports from earlier this season said that Harden one goal left in the NBA is to win a championship. Houston may not be the right spot for that to happen.

NBA betting sites have the Sixers at (+2000) to win the Finals this season.

James Harden has no interest in a long-term deal

The narrative for James Harden over the past 3-4 years has not been great. He left the Rockets to go play for the Nets and appeared in just 80 games for Brooklyn. Now he is on the Sixers and is rumored to be leaving at the end of this season. That is at least how Harden has his contract set up for. The ten-time all-star is one a 1+1 deal with the Sixers. If things go sideways by the end of the season, Harden can choose to decline his player option and become a free-agent in 2023-24.

ESPN insider Zach Lowe thinks a long-term contract may never happen for Harden, and it could be by his own doing. Lowe had this to say on the matter.

“[A Houston return] has been sort of whispered about, mumbled about in the ether almost since the moment he got traded off the Houston Rockets to the Brooklyn Nets.”… “There are a lot of whispers around the league that he wants to continue cycling through, like, 1+1 kinds of deals.” – Zach Lowe

Sixers fans could see this as a sign to not extend Harden long-term. He’s past his prime at 33 years old, but can still contribute a lot offensively. The two sides will likely stick it out for the rest of the season and see what they can do come playoffs. Harden is averaging 22/6/11 this season.