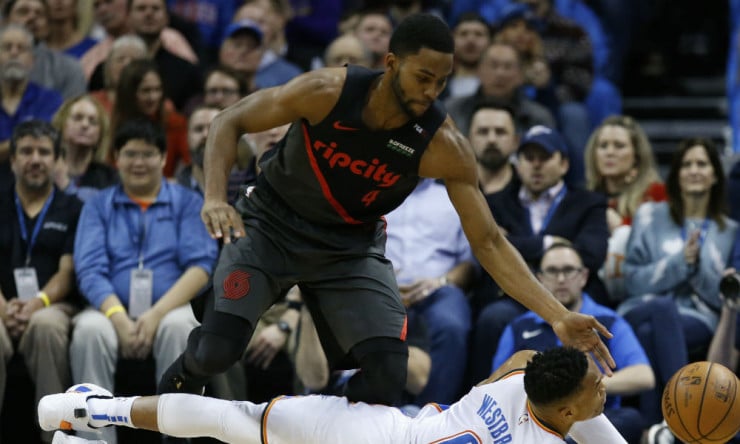 The Blazers may not yet be done, either, league sources told Sporting News. Even with Hood in the fold, they’ve continued to attempt to find ways to bring in another difference-maker to bolster their playoff prospects.

Portland is expected to make Harkless available, according to sources, as well as the team’s first-round pick. Harkless has another year on his contract, at $11.5 million, which would scare off teams looking to protect cap space next summer. (The Knicks and Nets, for example, have had interest in Harkless in the past.)

The Blazers also could dump Harkless as a way to reduce their luxury-tax bill, but the team already has a roster spot open and is intent on maximizing this current group, which could break up after this year when players like Evan Turner, Meyers Leonard and Harkless head into the final years of their contracts.

Portland has expressed interest in Pelicans big man Nikola Mirotic, among other available players — Evan Fournier of the Magic, Jeremy Lin of the Hawks, JaMychal Green of the Grizzlies — sources told Sporting News.