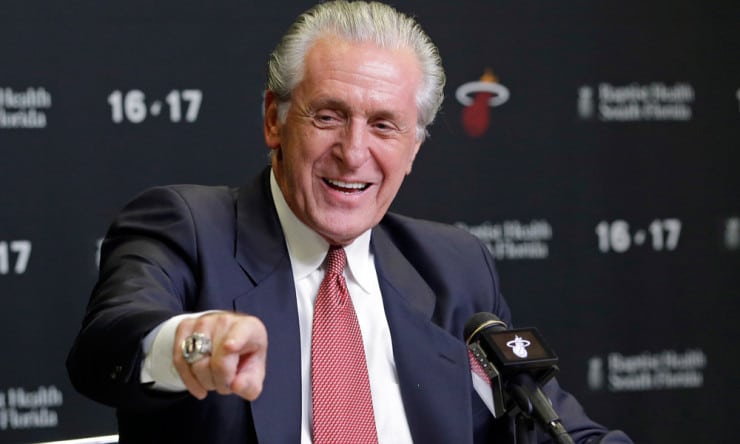 Amid growing speculation of specific Heat players being offered for Butler, Riley, during a recent practice session, lined up the team’s players on the practice court at AmericanAirlines Arena and told them he was standing by them.

Riley, however, did not state that a trade was categorically off the table.

Source: Ira Winderman of The Sun-Sentinel