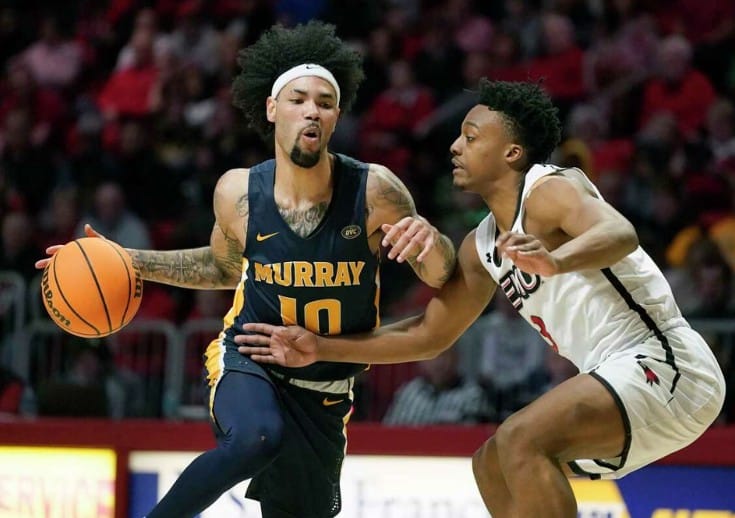 In Friday night’s Ohio Valley Tournament matchup, the No. 4 Southeast Missouri State Redhawks are playing the No. 1 Murray State Racers; NCAA picks are featured here. Murray State is averaging 79.30 points per game, and the team ranks 22nd overall in the nation. Keep scrolling for Redhawks vs Racers preview content.

Can Eric Reed Jr. and the Redhawks pull off their biggest upset win on the road in history? The junior guard is averaging 16.2 points per game this season. Including the starting lineups, our top NCAA picks and betting trends are available below.

For tonight’s Ohio Valley Tournament contest, the No. 4 Southeast Missouri State Redhawks will attempt to upset the highly-favored No. 1 Murray State Racers. The Redhawks are 3-1 in their last four contests. On Thursday, in the Redhawks’ 79-55 home win over the No. 5 Tennessee State Tigers, guard Eric Reed Jr. led his team in scoring with 22 points in 31 minutes played.

Moreover, in the Murray State Racers’ 70-68 road win over the Southeast Missouri State Redhawks last Saturday, forward KJ Williams scored a team-high 23 points in 36 minutes spent on the court. The Redhawks’ 17 turnovers contributed the most to their loss. Plus, the Racers shot 26-for-60 (43.3%) from the field.

Per ESPN’s Basketball Power Index, the Racers have a 96.9% chance of winning.

To add insult to injury, the Redhawks have not beaten the Racers in years, and Murray State is undefeated at home. So, pick the Racers to win, the Redhawks will cover the spread and the total will go under 150. For March Madness, to learn more about basketball betting, check out our handicap betting guide. Other NCAA picks are on the main page.