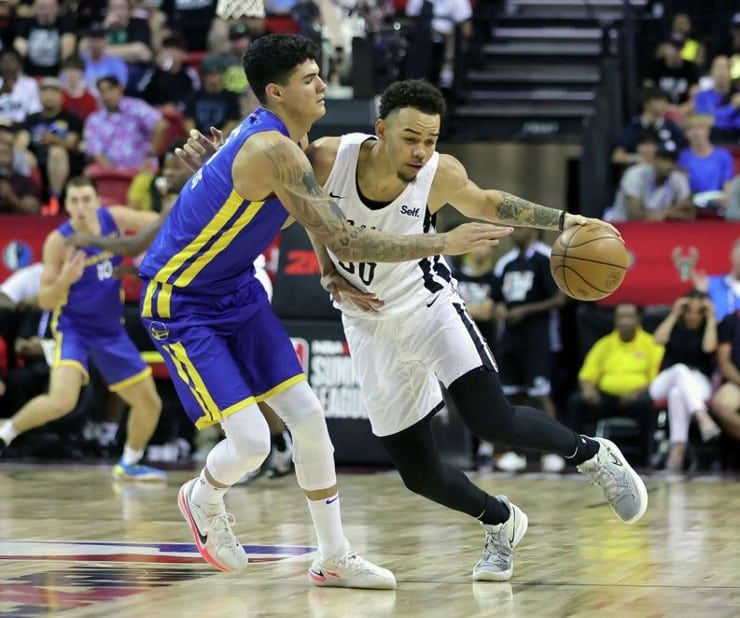 The San Antonio Spurs are signing forward Jordan Hall to a one-year deal. This news comes five days after the team waived Josh Primo. The 20-year-old went undrafted out of St. Joseph’s.

According to some NBA betting sites, the Spurs have the seventh-lowest odds to win the championship in 2023. A few sportsbooks increased their playoff chances since the Sacramento Kings and Houston Rockets continue to struggle.

Now that Primo has been waived, G.M. Brian Wright decided to bring Hall back. Per team policy, terms of his one-year, non-guaranteed contract with the Spurs were not disclosed.

Hall was then selected to the Atlantic-10 All-Freshman Team. He led his conference his assist percentage (35.2%) and finished sixth in assists (113). Not to mention, he ended his season with the 15th-most steals (25).

Spurs coach Gregg Popovich will find a way to utilize his strengths.

Jordan Hall will have his chance to help the Spurs this season.