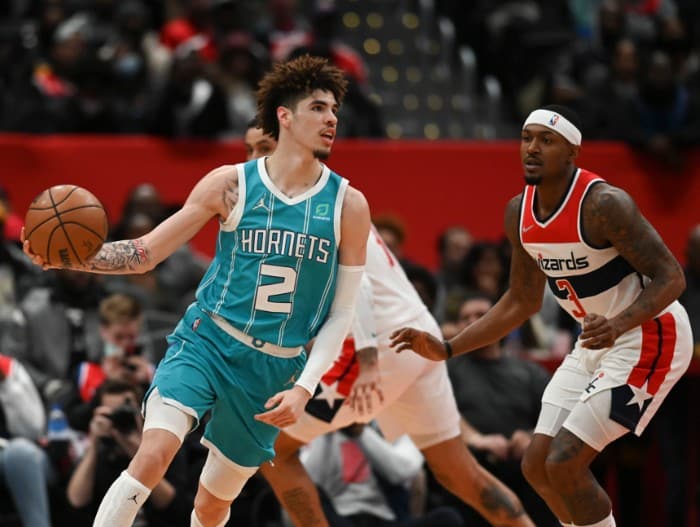 The San Antonio Spurs and the Charlotte Hornets will meet at the Spectrum Center on Saturday for a cross-conference matchup. This is the second time that both of these teams will match up on the year as the Hornets currently have a 1-0 series lead. San Antonio is 5-5 in their last game, while Charlotte is 3-7

The Spurs and Hornets will meet at the Spectrum Center for a cross-conference matchup on Saturday. Both of these teams have not been playing good basketball as of late.

Charlotte is going to need to play much better in the next few weeks if they want to secure a spot in the Eastern Conference play-in game.

Below, we will take a look at players who are currently on the injury report for Saturday night’s game. Neither team should have late scratches as they will both have a night off on Friday.

No players on the injury report.

The Hornets will travel to San Antonio on Saturday night for a battle versus the Spurs. For the latest NBA betting trends and free NBA picks on Saturday’s game, check out our Hornets vs Spurs preview below.

Can Charlotte Get Back On Track?

Charlotte has not been playing well as of late as they are 3-7 in their last 10 games. They’re coming off an impressive win against the Cleveland Cavaliers where Terry Rozier was able to lead the way with 29 points, seven rebounds, and seven assists. Charlotte was able to win that game, 119-98; they’re hoping that that is going to be the start of this team getting back on track.

Lamelo Ball was almost a no factor for them in their last game against Cleveland as he only played eight minutes due to foul trouble and was only able to add two points.

The San Antonio Spurs were unable to get the job done against the new-look Sacramento Kings on Thursday. San Antonio lost 115-112.

Young superstar Dejounte Murray was able to lead the way in this tough loss as he finished with 29 points, 12 rebounds, and seven assists. Murray continues to show why he is one of the best players in the NBA. On the season, he is averaging 20.3 points, 8.4 rebounds, and 9.3 assists per game.

The Spurs have been in the middle of the pack in terms of advanced stats this season. They have the 16th ranked net rating, the 13th ranked offense, and 19th ranked defense.

For this game, I’m going to go with the Charlotte Hornets to win outright and for Lamelo Ball to have 20 points and 2+ 3s. He was not able to play much in Charlotte’s last game due to foul trouble, so I expect him to come out in this one and be able to do what he usually does.

San Antonio doesn’t have a horrible defense by any means, but they certainly have not been an above-average defensive team, so expect Lamelo Ball to do his usual thing and for Charlotte to get back on track.

Get free NBA bets for the Spurs vs Hornets game at BetOnline below.