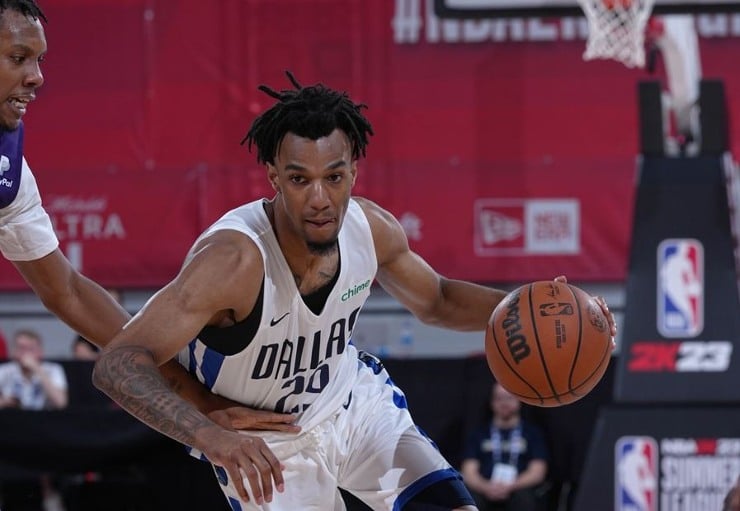 The Minnesota Timberwolves are signing forward AJ Lawson to a two-way contract, per agents Jim Tanner and Elias Sbiet of Tandem. In July, Minnesota signed the South Carolina product to a two-way deal.

Though, the team waived him in October. Luka Garza occupies the other two-way spot right now. Garza’s Exhibit 10 deal was converted into a two-way contract before Lawson was cut.

Per multiple NBA betting sites, the Timberwolves have the 16th-best odds to win the championship in 2023. A few sportsbooks are showing better odds for the New Orleans Pelicans and Memphis Grizzlies.

Lawson went undrafted in 2021. After playing for the Miami Heat and Atlanta Hawks during the 2021 NBA Summer League, the forward signed a regular deal with the Hawks.

However, he was then waived last October without making a regular-season appearance. Lawson then signed with the College Park Skyhawks, the Hawks’ G League affiliate.

While with the Dallas Mavericks for the 2022 NBA 2K23 Summer League, in five appearances, Lawson logged 15.6 points, 6.0 rebounds, and 1.4 assists per game while also averaging 29.5 minutes.

Through two starts this season with the Skyhawks, the former Gamecocks star is averaging 25 points, 7.0 boards, and 3.0 assists. He’s also shooting 65.4% from the floor and 60% from downtown.

The forward will now have a second chance to make an impact with the Timberwolves.

If he stays healthy, this is a solid signing for the Timberwolves.

Furthermore, he was then selected to the All-SEC Second Team.

AJ Lawson will join the Timberwolves for their Wednesday matchup against the Orlando Magic.