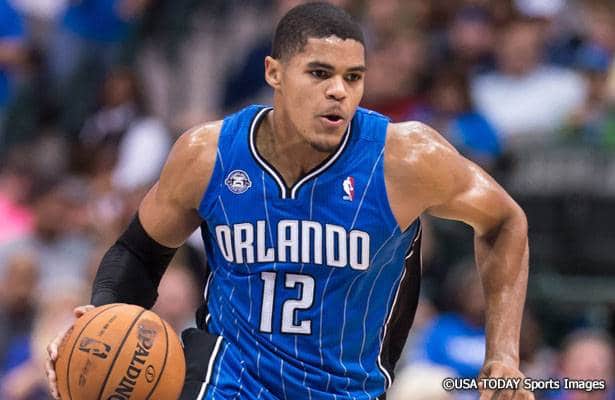 Long Island product (Tobias Harris)  could end up staying in his hometown for much longer if he ends up signing with the Knicks as a restricted free agent next summer.

“I’m telling you if the Knicks come at him hard, who wouldn’t want to play for their hometown team?” a Harris confidant told SNY.tv and The Knicks Blog.

The source pointed out that the 6-foot-9 Harris plays well alongside Knicks star Carmelo Anthony. The pair worked out together multiple times this summer at Terminal 23, Anthony’s midtown gym.

“They play well together,” the confidant said. “Carmelo always had him on his team when Kevin Durant came to town and they would win every game.”

via Adam Zagoria of SNY.tv