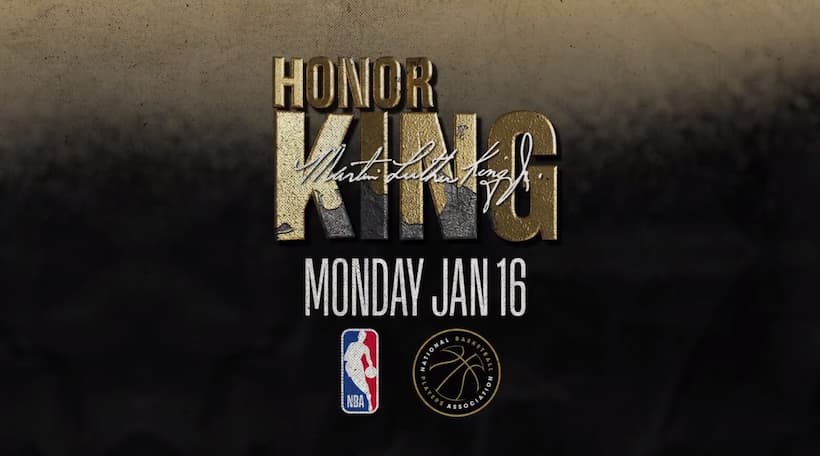 Across the entire NBA today, we honor the legacy of Martin Luther King Jr. today as the league celebrates the 37th anniversary of this holiday. We’ve seen 358 games played on MLK Day in the past and we’ll have another nine happening throughout the day today. Next, we’ll take a look back at the top five plays from past MLK Day performances across the league.

Some great plays from games played on Martin Luther King, Jr. Day over the years! pic.twitter.com/N9Bx4NjdXe

Top 5 plays from past MLK Day games in the NBA

Coming in at number five is a epic one-handed slam by Russell Westbrook just last season on 12/18/22. Westbrook drove to the basket after LeBron set him a nice screen and had Rudy Gobert in his way. The one-time league MVP exploded off the bounce and threw down a viscous slam all over Gobert. He received a technical foul right after the dunk, but in Westbrook’s eyes it was well worth it.

4. Ja Morant puts the Bulls to sleep with an effortless 360 layup

Our next highlight also happened last season on MLK Day as well. Ja Morant and the Grizzlies were up eight with less than four minutes left in the game. The all-star PG put the defense to sleep with his elite handles and change of pace. Morant then did a 360 layup in-between two defenders and made the Bulls look silly. That put Memphis up 10 and they’d win the game 119-106 in the end.

3. Chris Paul hits a buzzer-beater three to get a win for the Hornets

Back in 2009, the Indiana Pacers and the New Orleans Hornets were set for a matchup on MLK Day. The game was tied 100-100 with 2.5 seconds left on the clock and the Hornets had possession. At the time, 24 year old Chris Paul took the inbounds pass and drove along the arc to get space for an open shot. Paul stopped and popped a three-pointer that went in to give the Hornets a walk-off 103-100 win vs the Pacers.

2. Gilbert Arenas knocks down the clutch three for a walk-off win vs Utah

Ten seconds were left on the clock in the Jaz vs Wizards game in 2007. Washington had possession and Gilbert Arenas took the inbounds pass. He had the defense draped on him, but the clutch shooter had one more trick up his sleeve. He had 48 points at the time and would fire off a buzzer beater three that left just .9 seconds left in the game. Arena’s 51-point performance and clutch three got the Wizards a win and it snapped a two-game losing streak.

Malik Sealy’s buzzer beater three ranks number one on our list for the top 5 plays from past MLK Day games in the NBA. Back in 2000, the Pacers had a 100-98 lead with 1.7 left in the fourth quarter. Minnesota had possession of the ball in the final seconds and Sealy took the pass and baked in a three as the horn sounded to walk-off a 101-100 win vs the Pacers on MLK Day. Minnesota could have tried for the two, but they took the chance and put the ball in Sealy’s hands with a chance to win.

Take a look back at Malik Sealy's #MLKDay game-winner from 2000!