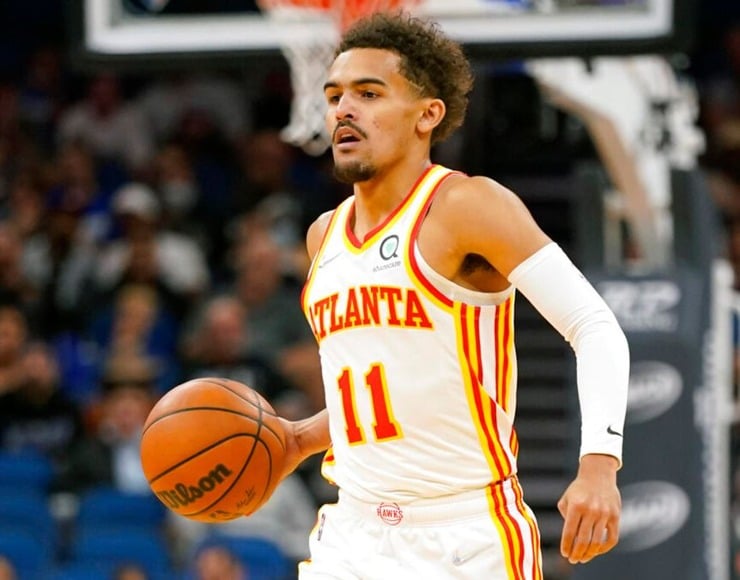 The Atlanta Hawks are one of three teams in the East that are 16-16 at the moment. In their last ten games, the Hawks are 4-6 and most recently lost to the Bulls last night, 110-108. There is some serious drama happening in Atlanta right now. Trae Young and the Hawks seem to be on different pages and NBA executives believe that the superstar could possibly request a trade if the team doesn’t find a way to resolve whatever is happening internally.

Trae Young is a superstar PG in this league and NBA executives believe he may somewhat be asking his way out of Atlanta. In his five NBA seasons, Young has started all 309 games he’s played in. For the 2022-23 season he is averaging (27.6) points, (2.9) rebounds, and (9.8) assists per game. His three-point and field goal percentage are the lowest of his career right now. The next coming months will be a big test on where the Hawks see Young’s fit in the organization.

NBA betting sites have the Hawks at (+6600) to win the Finals this season.

In a recent article by Chris Haynes of Bleacher Report, he details what a possible Trae Young trade could look like and what are some things that the Hawks can do to try and resolve the matter.

Young is a two-time all-star and he is under contract until the 2026-27 season. It is possible that he could be yet another rookie star on a max extension who requests a trade. However, the 24 year old has an early termination option following the 2025-26 season. Earlier this week, the Hawks moved Travis Schlenk from president of the team to an advisory role. The Hawks next game is Friday at 7:30pm vs the Detroit Pistons.