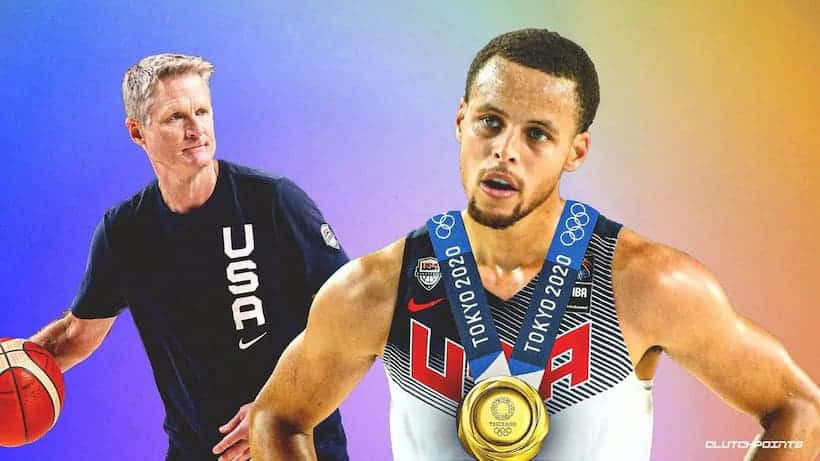 Golden State Warriors superstar Steph Curry has had a hall of fame career already and has all the accolades to go along with them. For one reason or another, Curry has never played for team USA in the Olympics. All NBA players who’ve had the chance to be apart of an Olympic team know how special it is and it seems as though Curry may be ready to make his Olympic debut for team USA.

Curry has spent his entire career with the Warriors starting in 2009. He’s certainly had more than a few chances to play in the Olympics for team USA, but injuries and preparing for the team’s next season jus never made it happen. Adding Curry to an USA Olympic basketball team would be incredible for the sport.

The four-time champ knows how much of an honor it would be to play for team USA. California Sports Betting sites have the Warriors at (+800) to win the Finals.

He won back-to-back International Basketball Federation Basketball World Cups in 2020 and 2014, but has never made an Olympic appearance. That may be changing very soon if Curry is give the opportunity and everything works out. The eight-time all-star had this to say about what it would mean to him to be able to play with his head coach in the Olympics.

“I’m more than excited about the opportunity to do it,”… “Knowing that coach [Steve] Kerr is taking the lead and … I played on those two World Championship teams and everybody who’s ever experienced both is never shy to mention how much different the Olympics is.” – Steph Curry

Steve Kerr has been the head coach of the Golden State Warriors since 2014 and he was an assistant coach under Greg Popovich in the 2020 Tokyo Olympics where team USA took home the gold. He’s now set to serve as the men’s head basketball coach in Paris 2024 and jokingly said after their Finals win last season that Curry “really needs to concentrate on making the 2024 Olympic team.” Obviously it’s something the two have talked about and it would be huge for USA basketball to have another superstar on the team.