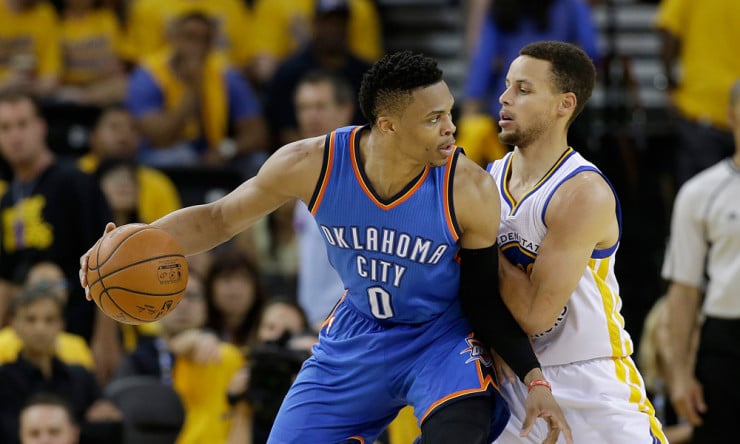 Russell Westbrook said he is going to “get his ass back,” with regard to Zaza Pachulia’s hard foul in the second quarter of the Golden State Warriors’ 121-100 win over the Oklahoma City Thunder on Wednesday.

“He hit me kind of hard,” Westbrook said. “But it’s all right. I’m gonna get his ass back. Straight up.” With time ticking down at the end of the second quarter, Pachulia knocked Westbrook down, appearing to push the ball into Westbrook’s face. Westbrook remained on the floor holding his face. Pachulia was handed a flagrant foul 1 for the play, following a review by the officials.