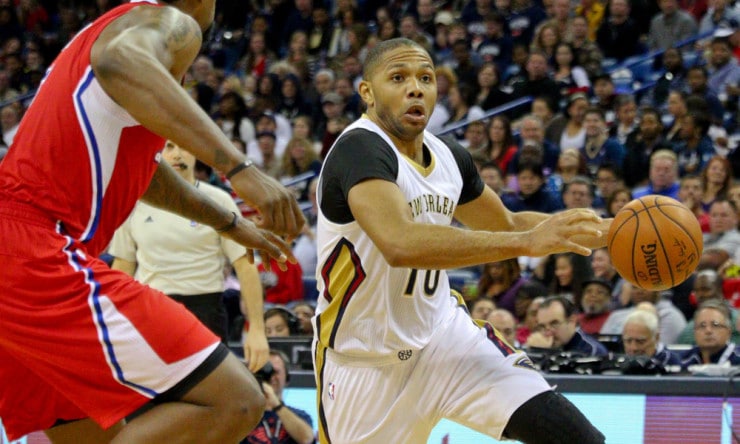 Though (Pelicans Eric) Gordon 21 missed games earlier this season with a torn labrum in his left shoulder, he has emerged since returning in January. Gordon, who decided to put off surgery on his shoulder, has scored at least 16 points or more in five of their last six games.

”This is the guy that we thought we were going to have fortunately; he had so many injuries and it was hard for him to get the work in,” Pelicans coach Monty Williams said. “I think you are starting to see a part of it but not all of it.

”I think Eric because A.D (Anthony Davis) is playing so well and Tyreke (Evans) has the ball a lot, he doesn’t get as many opportunities. I’ve got to find more ways to get him the ball. The thing I like about Eric is he tries to make the right play. Eric has so much in his game that people haven’t seen what all he can do with his ability to score and play off the dribble.”

via John Reid of The Times-Picayune