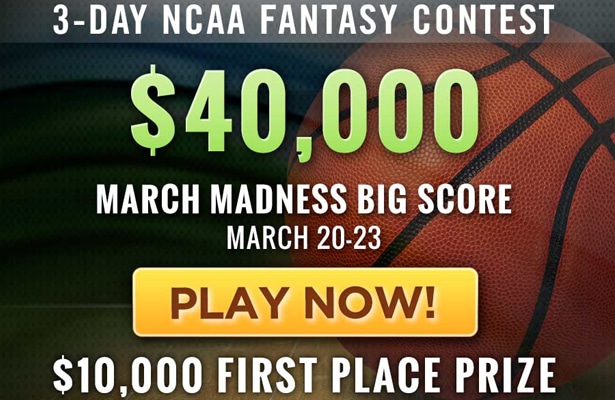 It’s a Three-Day Fantasy Survival League on DraftStreet. Starting Thursday March 20th, pick eight college basketball players while staying under the $100,000 salary cap. Finish in the top half of each day to move on. Select a new eight-man team each day you survive. It only costs $22 to enter the league. $40,000 in prizes will be awarded on Day 3 with the winner taking home $10,000 cash. 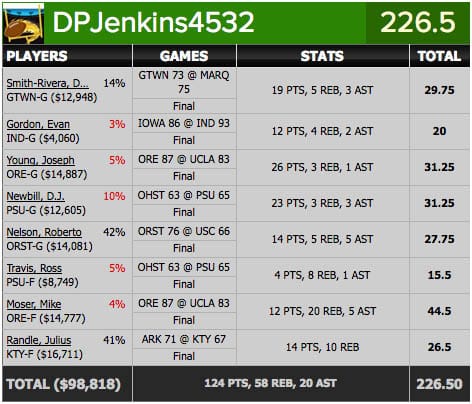 Each day you survive, you draft a new eight-man roster against the salary cap. 250 winners split the $40,000 in guaranteed prizes. Pick three Guards, three Forwards and two Utility players from Thursday’s March Madness games to get started.

All new players get up to $200 free on their deposit. Now is the time to play College Fantasy Basketball.  Add more excitement to the tournament ant win a share of $40,000 for $22.