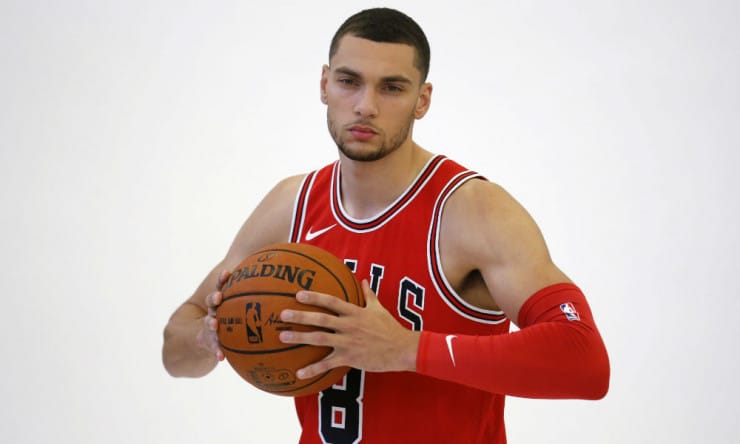 The Chicago Bulls were in the big apple last night to face the Brooklyn Nets who had fired head coach Steve Nash earlier in the day. Chicago were fighting back for most of the game until Bulls SG Zach LaVine took over in the fourth quarter.

LaVine had just nine points coming into the fourth quarter, but that changed very quickly. He would go on to outscore the Nets in the fourth quarter himself, 20-19. That’s a Brooklyn Nets team, who are +1600 for the Championship on NBA betting sites, with Kevin Durant and Kyire Irving. Safe to say that LaVine went off in the fourth to bring the Bulls back to .500 at 4-4.

Zach Lavine outscored the Nets 20-19 in the fourth quarter 😳 pic.twitter.com/FLazgxGF5S

LaVine came alive late in the game for the Bulls to help beat Brooklyn 108-99. The two-time all-star has been dealing with an ongoing knee injury that’s sidelined him three games already this season. After his heroic performance last night, he’s listed as out and may need some rest before he comes back.

He was on the injury reports listed as questionable to start the season and was later ruled out and missed a few games. This all dates back to a knee injury that he suffered in January of last season vs the Golden State Warriors. An MRI was done the next day and there was no sign of structural damage which was good.

After the initial injury he missed five straight game and would play in 29 of the teams 37 finals games and played in four of the five games in the playoffs vs the Milwaukee Bucks. After the season he had left knee arthroscopic surgery and was expected to make a full recovery. He spoke about the knee injury in the beginning of the season.

“”I never said I felt a flare up,”… “I think it’s just something we’re going to have to manage going forward. With the schedule, this is the determined course of action.” – Zach LaVine

Clearly his knee is still giving him some issues and he will need to rest after taking over in the fourth quarter to beat the Nets last night. We’ll see how the Bulls handle it going forward.