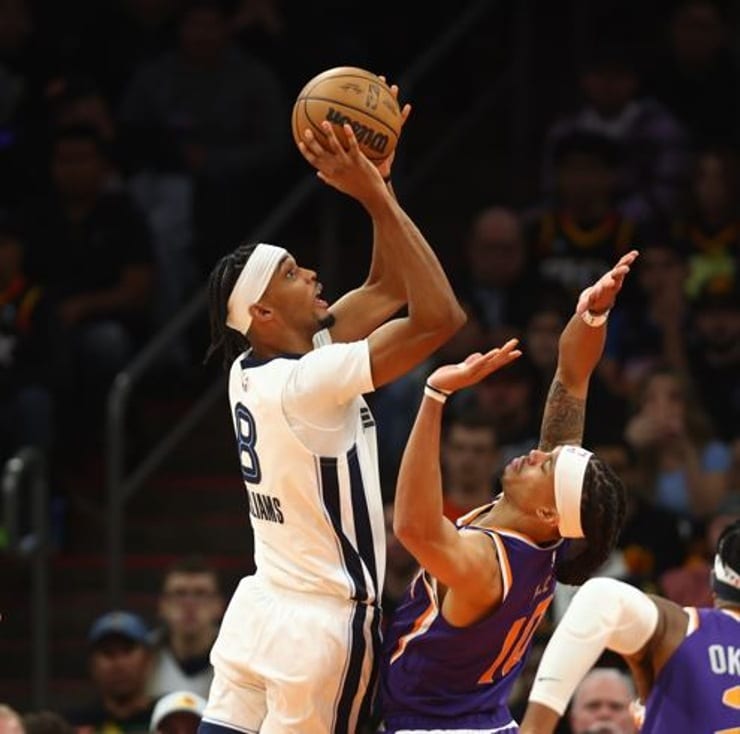 On Sunday, Ziaire Williams of the Memphis Grizzlies made the first unassisted, full-court shot in the NBA since at least the 1996-97 season. The wing knocked it down from 77 feet, in a 112-110 loss versus the Phoenix Suns. Baron Davis heaved a clutch jumper from 89 feet against the Milwaukee Bucks on February 17, 2001.

Zoran Planinic drained a 77-foot jumper versus the Utah Jazz on November 9, 2005. Lastly, LeBron James hit an 83-foot shot against the Boston Celtics on January 3, 2007. All three of the other players’ attempts were assisted, so this makes Williams’ shot a bit more impressive.

Based on a few NBA betting sites, Ziaire Williams and the Grizzlies possess sixth-best odds to win the championship. Multiple sportsbooks are showing greater odds for the Denver Nuggets and Golden State Warriors.

Ziaire Williams' 79-foot heave is the first make from 75+ feet since 2007.#NBA | #Grizzliespic.twitter.com/dIkqhHnxrn

Although Memphis trailed the Suns 62-37 at halftime, the Grizzlies went on to outscore them 73-50 in the second half. “It was a tale of two halves,” said Ja Morant, who recorded a game-high 27 points on 52.9% shooting from the floor.

“They put their foot on the gas in the first half. We did in the second half and were able to cut the lead to two.”

But the Grizzlies still lost the game. Ziaire Wiliams ended his performance with 16 points and five rebounds in 26 minutes of action. He finished 6-of-11 (54.5%) shooting from the field and 3-of-6 (50%) outside the arc.

Williams missed the first 24 games of the regular season due to right knee soreness caused by patellar tendonitis. Through 20 appearances, the second-year forward is averaging 6.7 points, 2.9 boards, and 1.0 assist per contest. Also, he’s shooting 43.4% from 3-point range.

During his 2021-22 rookie season, the Stanford product registered a career-high 21 points against the New York Knicks on February 2, 2022, and versus the Minnesota Timberwolves on Feb. 24.

Last night's incredible full-court shot from Ziaire Williams was the first unassisted bucket from 75+ feet in our database (since at least 1996-97).#NBA | #Grizzlies pic.twitter.com/HZrkmZYpGd

If the 21-year-old can avoid any major injuries for the remainder of the season, Ziaire Williams will have plenty of opportunities to post career-high numbers. So, how far can Memphis advance with a healthy Ja Morant? A conference finals appearance is in the cards.

Over halfway through the 2022-23 season, the Grizzlies are 31-15 and rank second in the Western Conference standings. They trail the top-seeded Denver Nuggets by 1.5 games. Memphis ranks fifth in scoring, averaging 117.4 points per game. The team is allowing 111.9 points per contest as well.