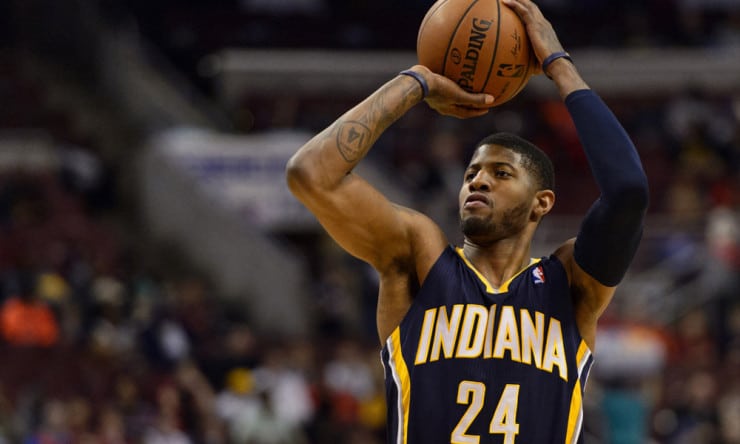 But not long after Indiana Pacers coach Frank Vogel made it official that his fully-recovered All-Star will play the power forward spot this season in an attempt to play “small-ball,” the 25-year-old who missed all but six games last season after breaking his leg at Team USA minicamp last August made it clear yet again in an interview with USA TODAY Sports that he’s hardly excited about the development.

“It’s the concern just over the course of a season just how my body would take it, especially coming off the injury that I had and a whole year of rehabbing. Just not sure of how it’s going to take it. (We’ll) start camp, see how camp goes. Again, I’m not too thrilled on it, but it could change the more comfortable I get at the position. But we’ll see. But again, I could very much end up loving it, so it’s all up in the air. I’m open to the position.”

Related Topics:Indiana Pacers
Up Next