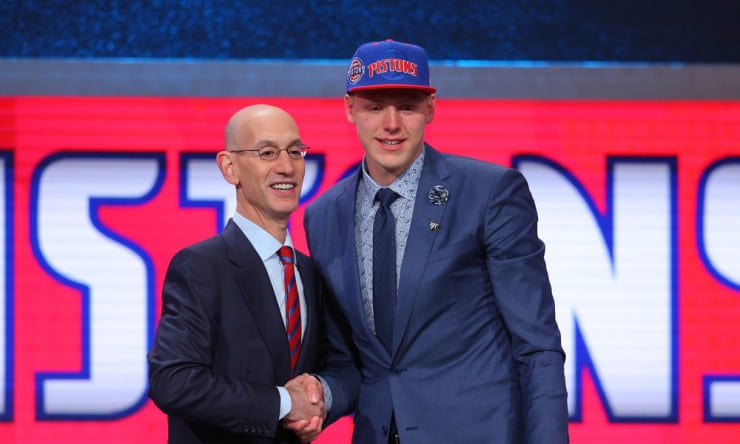 With the No. 18 pick of the 2016 draft, the Detroit Pistons selected Henry Ellenson out of Marquette University.

One of the major needs for the Pistons entering the draft was at the power forward position and the selection of Ellenson, who averaged averaged 17 points, 9.7 rebounds and 1.5 blocked shots during his lone collegiate season.

The 19-year-old forward played many of his formative years at point guard until a growth spurt moved him into the frontcourt in high school. During his only season at Marquette, Ellenson became the first freshman to be selected to the All-Big East First Team since Carmelo Anthony in 2003 for Syracuse.

The Pistons made the playoffs this season after a six-year drought, but have been looking for power forward help to pair next to center Andre Drummond since the departure of Greg Monroe in free agency next season.

It appears Ellenson will get an opportunity to contribute right away under head coach Stan Van Gundy next season.